What is Critical Theory? 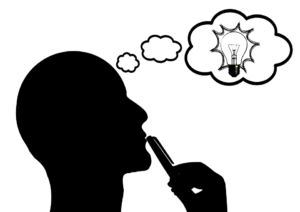 The purpose of this theory or reasoning is to test the ability of a person to critically analyze the qualitative data that is being presented. The data may be either in the form of a short passage or a set of statements. Both of these forms the data that is essentially a form of arguments that are integral to the study of logic.

At the onset, it should be clear that critical reasoning does not ask you to criticize the work done by the others. These works might be visible to you in the form of newspapers or the television shows.

Thus, it is important that you realize that critical reasoning is not only about reading the comprehension passage. Additionally, it also not about understanding the structure and context.

Critical reasoning goes into a step further and thus asks you to extrapolate the date that you have gathered from the arguments. Also, these arguments are presented before you and thus you may use them in different ways. Also, you might be asked to cut out the rules from the arguments. Thus, applying the same logic in many different situations.

More details about the critical reasoning

There is a popular choice among the paper setters where you can easily modify a given argument. So, there are two main things that are tested in these types of questions. First is the capability of yours in understanding the nuances and implications of an argument.

Second is the consistency in your train of thought and logic. So, in order to do well while attempting these questions you need to keep in mind the following rules:

If you have a good amount of practice than it makes you adept answering all the questions very easily. Also, you need to know what type of questions you might have to face in the future.

Q. Ahmedabad city has a very low population and this is a safe place to live.

A. The number of crimes in Ahmedabad is lower than in Mumbai.

B. A city is a better place to live if it has less population.