An equation is any mathematical expression with an equal sign. It is useful with various mathematical and scientific problem-solving methods. The equation may appear frequently in mathematics because mathematicians are fond of using equal signs. The equation is meant for some solution and finding values of the unknowns. On the other hand, a formula is meant to evaluate some terms, with the help of other given terms. An equation is useful to display with numerals and symbols. This article will explain this interesting topic with equation formula and examples. Let us learn this in easy terms.

What is the Equation?

The equation is a valid expression with an equal sign (=), representing the balancing of the given terms on both sides of it. Solving these equations, we may get some root values of the unknown variables given in it. There are many equations are possible, such as linear, quadratic, cubic, etc.

The Formula for Equations 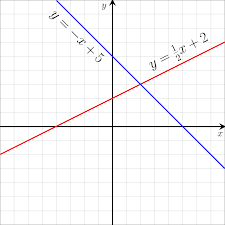 A linear equation is an equation that can be written in the form given as: ax + b = 0

Where a and b are the real numbers and x is a variable. This form is popular as the standard form of a linear equation. Also, the variable may or may not be x, so don’t try to identify only this as variable. Its only one root say ‘p’ will be possible, which will be as;

with a, b, and c being constants or the coefficients, and x is the variable, which we need to evaluate. One absolute rule is that the coefficient “a” must be non-zero.

A cubic equation is an equation which is having the highest degree of the variable term as 3. Its standard form is given as:

where a,b,c,d are the coefficients, with the condition that coefficient “a” must be non-zero. According to the fundamental theorem of algebra, the cubic equation will always have 3 roots. Some or all of the roots may be equal also. Let the three roots of the cubic equation are p, q, and r, then the following formula will hold:

Solution: This equation is of 3 degrees.