Suppose we are dropping a solid object from the top of a skyscraper and watching it fall. We might guess that it will be falling at a faster speed immediately before hitting the ground. In other words, the object sped up while falling. But we may need to find a way to quantitatively describe the motion through the air. If we have to drop the same object from an airplane, then would it ever reach maximum downward velocity? Air resistance is an important concept in physics. In this article, we will learn about air resistance formula with example. Let us learn it! 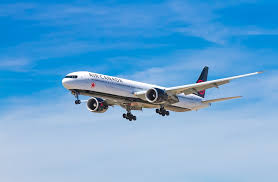 Air resistance is the force that air applies to objects moving through it. Scientists often refer to this force as drag or drag force, a term we’ll use interchangeably throughout the lesson. Noticeable that in many cases, ‘drag’ can denote to any type of fluid, not just air. However, for the aim of our discussion, we’ll always refer to air as the fluid.

Typically, this force is directed opposite to the object’s motion, thereby slowing it down. If you’ve ever held your hand out of a speeding car’s window, you’ve noticed how the air pushes your hand in a direction opposite to that of the car’s movement. When a piece of paper is dropped to the ground, air resistance slows down its fall.

Although we’ll only be focusing on the force that air molecules exert on solid objects, it’s important to mention that this force may exist between different fluid layers in addition to existing between a solid object and a fluid. Now, let’s discuss air resistance from a mathematical perspective

The formula for Air Resistance:

As we have perceived, air resistance decreases the speed of a plane that is moving in the sky. Air resistance is a force that is originated by air. This force works in a conflicting direction to a body passing through the air. Air resistance applies the frictional force of air against a moving body.

As a body moves, air resistance slows it down. The quicker the body’s movement, the superior the air resistance applied again’st it. Air resistance affects all moving objects, from, trains, bicycles, cars, and rockets to airplanes and even alive bodies. The resistance against the air is Air resistance, which decreases the speed of the moving body. Its formula is given as:

Air Resistance Formula is helpful in finding the air resistance, air constant, and velocity of the body if the remaining numeric are known. This formula is having wide applications in aeronautics.

Therefore value of force constant is 0.250.