We limited ourselves to less difficult circumstances of rigid bodies. A rigid body means a hard strong article having a definite shape and size. In any case, in actuality, bodies can be compressed and twisted and stretched. So in this segment, we will find out about elasticity and its limit, i.e Elastic Limit. 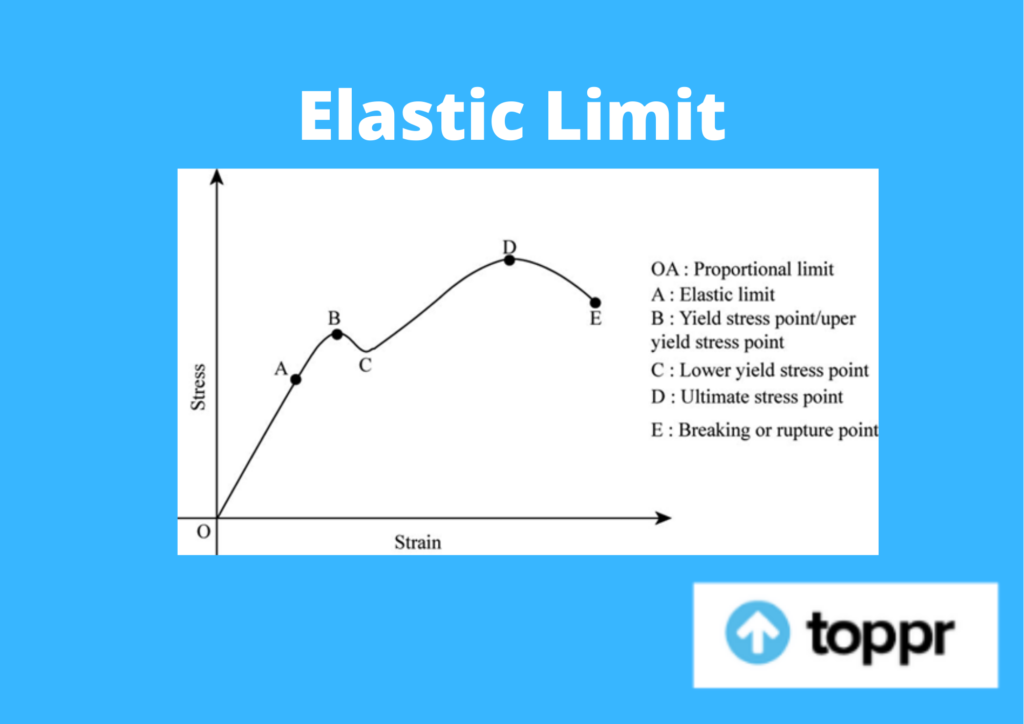 In our day by day life, there are a few objects whose shapes, volume, and length might be changed for all time or incidentally by applying outside power. After removal of the applied power, the object may recover totally or incompletely its original shape, volume, and length.

For example, we stretch the elastic band in its length increase. This property of the material is named Elasticity.

At the point when the distorting power expands, a limit reaches beyond which if the applied power eliminates, the solid doesn’t return to its original shape or size yet stays deformed. We refer to this breaking point as the elastic limit.

Hooke’s Law states, “For a relatively small deformation in an object, the size of deformation is proportional to the force or load applied.” 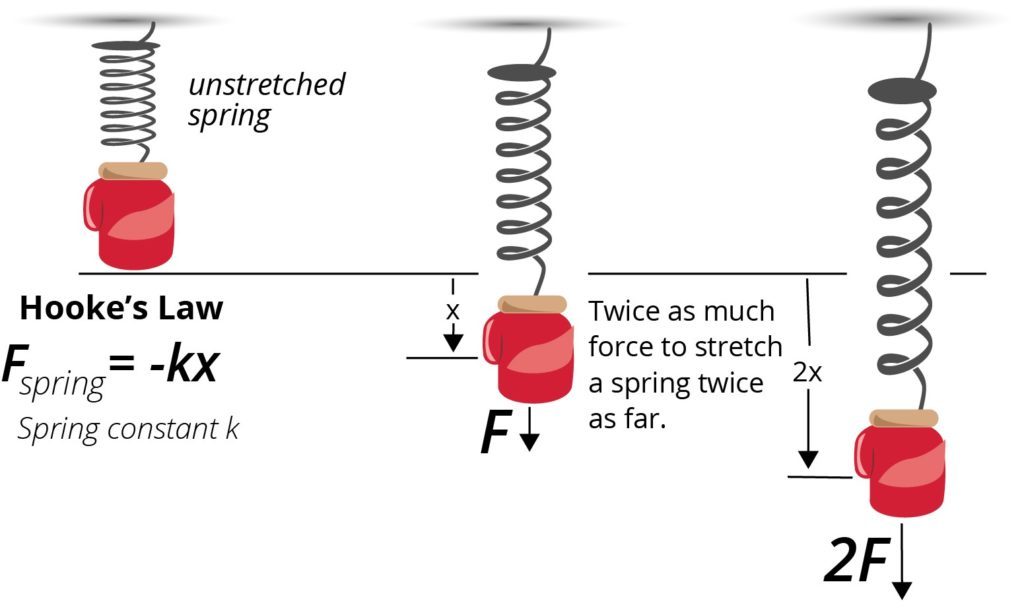 Thus, if we express it mathematically, then we denote Applied force by F is equal to the size of deformation or change in the size of the object, represented as X. The time as represented by K remains constant.

For example. Metal tends to bend very easily as it has a higher flexibility quotient. The other main contributing factor is that metals have an equally proportional limit and flexibility limit.

Wheres in the case of non-metals, like Rubber, there is no exact critical straight line of partition when pressure applies. We term this particular feature as Apparent Elastic Limit.

Proportional Limit and Elastic After Effect

In simple words, the proportional limit decides the best pressure that is straightforwardly relative to strain. We can determine the progress point by a predetermined percent change in slant. Moreover, the proportional limit isn’t necessary for many test norms. We frequently utilize it for instructive purposes rather than in practice by the materials testing industry.

After force applies to any object, it will ultimately deform to a certain extent. However, as soon as the force removes, the object returns back to its original form. The time frame of delay between removal of force and the object attaining its exact former shape, we term it as Elastic After Effect.

Elastic limit is the greatest pressure that we can apply to a material without causing plastic (lasting) deformation. For some materials elasticity limit is the same or almost equivalent to the proportional limit.

For different materials, for example, elastomers, the pressure strain relationship is non-direct and the material will, in any case, be inside its flexible district long after it has gone through its corresponding breaking point.

The Elastic Limit is basically a theoretical value that is hard to decide to utilize a widespread testing machine. Thus, we use it predominantly for instructive purposes rather than in practice by the materials testing industry.

Question 1: How is Proportional Limit is different from S Yield Strength?

Answer 1: Like the elastic limit, the yield strength of a material can likewise happen beyond the material’s proportional limit. Depending upon the material’s pressure strain conduct at yield, a favored yield count determines by the chosen standard.

Question: What is elastic fatigue?

Answer 3: When an object repeatedly deforms to its elastic limit, after a certain period of time it loses its elastic property. Thus, we term this state of matter as Elastic Fatigue.