Epsilon Naught is an ideal physical constant that is the representative of the absolute dielectric permittivity of a vacuum. In other words, Epsilon Naught quantifies a vacuum’s ability to facilitate the flowing of electric field lines through it. 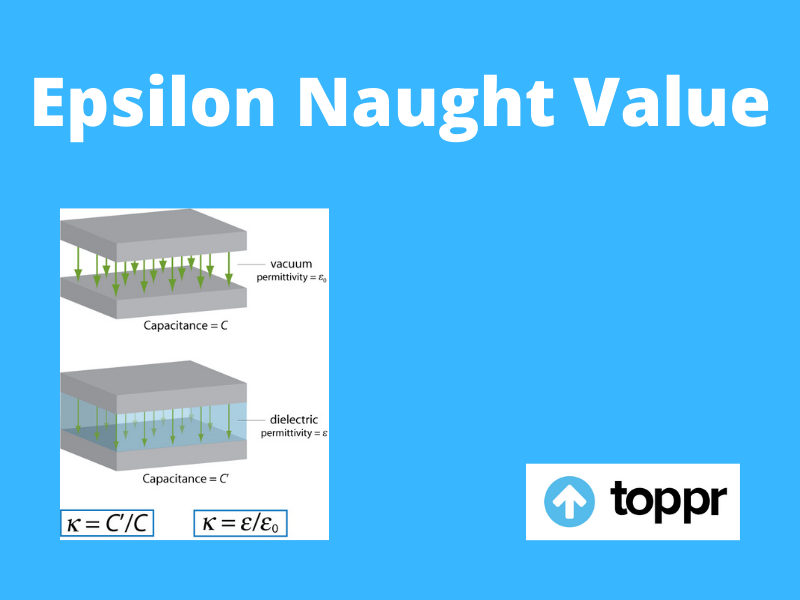 The representation of vacuum permittivity is by ε0, whose pronunciation is as Epsilon Nought or Epsilon Zero. It is the value of a classical vacuum’s absolute dielectric permittivity. Alternatively, experts refer to it as the electric constant, the permittivity of free space units, or the distributed capacitance of the vacuum.

It is an electric field’s capability to permeate a vacuum. This constant relates the electric charge units to mechanical quantities like length and force.  For example, the representation of the force between two electric charges, whose separation takes place, in the vacuum of classical electromagnetism with spherical symmetry is by Coulomb’s law.

Historically, the parameter ε0 has been referred to by several names. The terms that are widespread are “vacuum permittivity” or its variants, such as “permittivity of free space”, “permittivity in/of vacuum”, and “permittivity of empty space”. Moreover, standards organizations worldwide now have made “electric constant” as a uniform term for this quantity.

The official standards documents have settled with the term “electric constant” but refer to the older terms as synonyms. As per the new SI system, the treatment of permittivity of vacuum will not take place as a constant anymore, but rather as a measured quantity whose relation is to the dimensionless fine structure constant.

The permittivity of free space (ε0) is the capability of the classical vacuum to allow the electric field. Furthermore, it is the definite defined value whose approximation can take place:

Many miss-use Epsilon Naught as the value of Epsilon not. Furthermore, permittivity refers to the measure of the opposition that is put up against the formation of an electric field.

Derivation of the Formula of Epsilon Naught

According to Coulomb’s Law:

Therefore, the dimensional formula of Epsilon Naught turns out to be = M⁻¹L⁻³T⁴A²

Question 2: What is the approximate value of Epsilon Naught?