An emf induced by the motion of the conductor across the magnetic field is a motional electromotive force. The equation is given by E = -vLB.  This equation is true as long as the velocity, field, and length are mutually perpendicular. The minus sign associated with the Lenz’s law. 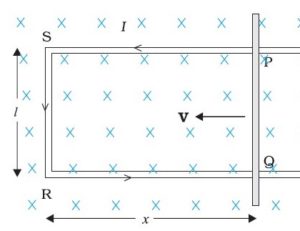 For us to understand the motional electromotive force, let us make a particular setup. Let us take a rectangular coil, a metal rod of length L, moving with velocity V, through a magnetic field B. There is a magnetic field at some location.

But ‘x’ changes with time,

The magnetic flux associated with the coil is given by Φ = BA cos θ. We know that cos θ = 0, so Φ = BA. The motion of electromotive force can be further explained by Lorentz force which acts on free charge carriers. The Lorentz force on charge is: 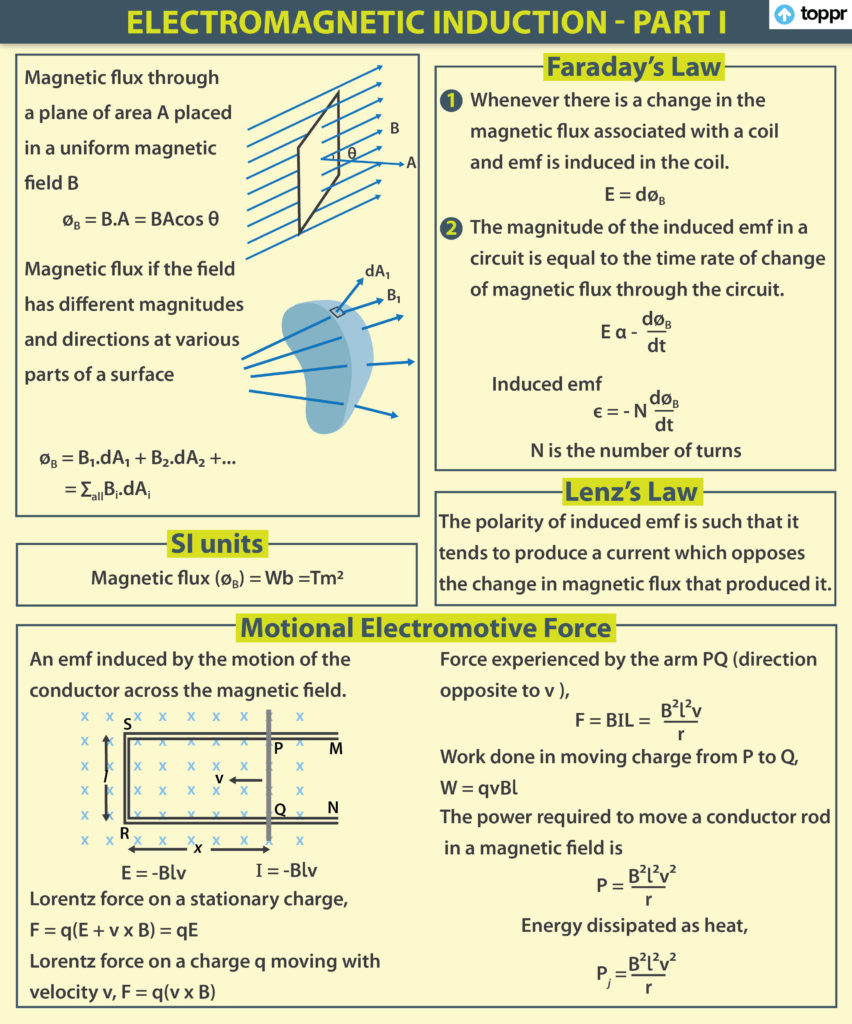 Q1. A coil having n turns and area A is initially placed with its plane normal to the magnetic field B. It is then rotated through 180º in 0.2 sec. The emf induced at the ends of the coils is

Q2.  A straight line conductor of length 0. 4m is moved with a speed of 7ms-1 perpendicular to a magnetic field of an intensity of 0.9wbm-2  The induced emf across the conductor is:

Q.3 Two conducting rings of radii r and 2r move in opposite directions with velocities 2v and v respectively on a conducting surface S. There is a uniform magnetic field of magnitude B perpendicular to the plane of the rings. The potential difference between the highest points of the two rings is: