In physics or chemistry, there is anything which contains or have mass are called matter. Matters Are classified in 3 forms these are solids, liquids and gases. These substances are classified according to the properties of fluids. In general, we can also say that liquids and gases are fluids. Fluids are the substance which can flow or which have a tendency to flow. 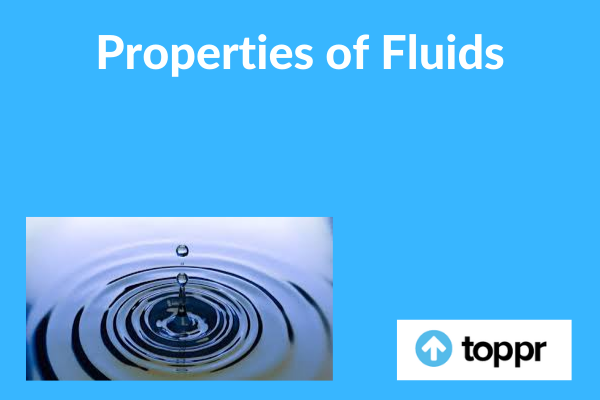 The study of fluids can be into 2 parts. These are as follows:

1)Fluids statics– It is the mechanism of fluids at rest or non-motion and the pressure in fluids exerted by fluids on anybody.

From the above discussion, we can conclude that flutes are anything which can flow or deform. There are many physical or chemical properties of fluids are there for example density, specific weight, surface tension, viscosity and specific volume.

FAQs about Properties of Fluids

Q.1. What is atmospheric pressure?

Q.2. What is surface tension?