You must have seen light coming out from the laser. Let us carry out a small activity. Take two needles and touch the needles on the surface of the water. Here if both the needles move with the same speed then they are said to be coherent. Let us learn more about coherent waves.

Table of content
1 Suggested Videos
2 Coherent and Incoherent Addition of waves
2.1 Browse more Topics under Wave Optics
2.2 Coherent Waves
2.3 Non-coherent Waves
2.4 Video on Wave Optics
3 Explanation
3.1 Now, we know the intensity is proportional to the square of the amplitude waves.
4 Solved Questions For You

Coherent and Incoherent Addition of waves

Now, if both the needles are moving with the same velocity, the wave formed here are coherent. If the velocity of a 1st needle and 2nd needle are not steady they won’t intersect. This is because one is at a steady speed and other is at variable speed.

If the potential difference between two waves is zero or is constant w.r.t time, then the two ways are said to be coherent. 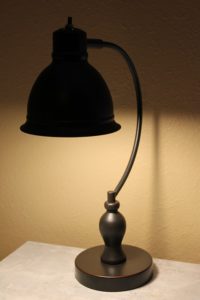 Now let us consider there are two needles say S1 and S2 moving up and down on the surface of the water and are pointing at point P. So the path difference here is given as  S1P –  S2P. Now the displacement by two needles and S1 S2 are:

Now, we know the intensity is proportional to the square of the amplitude waves.

Now, if two needles that are S1 are S2 are in the same phase, the potential difference is,

Where n = 0, 1, 2,3 ……… and λ = the wavelength of the wave. If the two needles  S1 and S2 are vibrating at its destructive interference then, the potential difference is

Now if the potential difference of the waves is Φ then,

The individual intensity of each wave is  I0 , we get,

Q. Two coherent sources of light can be obtained by