Thus, the amount of depreciation is calculated using the Annuity Tables. The capital expenditure and interest accruing thereof are written off during the life of the asset. The amount of depreciation every year is constant. But, the interest charged in the initial years is more and that in later years is less. Hence, the amount of capital expenditure charged is less in the initial years and it is more in later years.

This method is suitable in case of long-term leases. On the contrary, it is not suitable where there are frequent additions or deductions in the asset because then the calculation of depreciation becomes difficult. 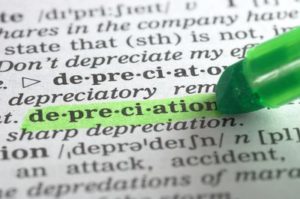 Browse more Topics under Concept And Accounting Of Depreciation