Depreciation is a decrease in the value of assets due to normal wear and tear, the effect of time, obsolescence due to technological advancements, etc. However, depreciation includes amortization. Units of Production Method is a method of charging depreciation on assets. Let us learn about it some more.

This method is applied where the value of the asset is more closely related to the number of units it produces. Thus, in the years when the asset is heavily used, the amount of depreciation will be high.

Assets on which this method can be applied are Plant and Machinery. As their wear and tear will depend on how much we use them.

For example, a machine has a capacity to produce 1000000 meters of cloth over its useful life. Then it is advisable here to follow the units of production method.

The amount of depreciation for a year is calculated by dividing the total depreciable amount of the asset by estimated total production into units. We then multiply this figure with the number of units produced during the year.

Browse more Topics Under Concept And Accounting Of Depreciation 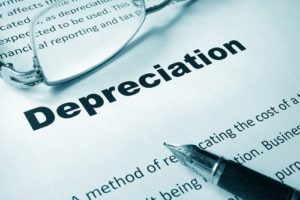 Ans: Calculation of depreciation under Units of Production Method:

Journal entry in the books of M/s. Cube textiles