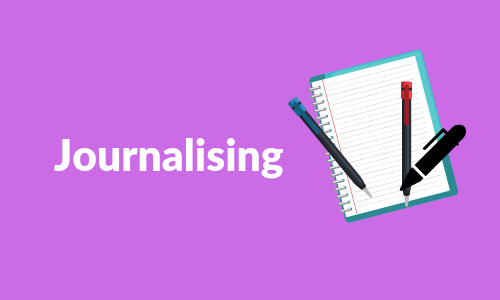 They are entered to show which accounts should be debited or credited. Recording of transactions in “Journal” is called as “Journalising the entries”

“Journal” is derived from the Latin word ‘Jour’, which means ‘a day’. The transactions are first entered here and it is then subsequently posted to another account book called as “Ledger”.

Significance and explanation of columns in the Journal

Personal Account: It relates to persons(natural or legal) with whom a business keeps dealings.

Rule: Debit the receiver and Credit the giver.

E.g. Goods worth Rs. 5000/- sold to Komal. Here, because Komal is the receiver of goods so it is to be debited.

Real Account: It relates to property or goods which may come or go from the business.

Rule: Debit what comes in and Credit what goes out.

Rule: Debit all the expenses or losses and Credit all the incomes, gains or profits.

E.g. Paid Rs. 2000/- as commission to the agent. Here, commission a/c is debited because it is a business expense.

The following steps are to be considered while journalizing entries for business transactions:

Furthermore, there are few transactions which are similar in nature and occur on the same date, hence such transactions can be combined while journalising. It is called composite journal entry.

Question: Journalise the following transactions in the Journal of Mr. Kiran for the year 2018

In the Journal of Mr. Kiran