The climate around us keeps on changing. In order to survive the changing climate, animals are equipt with special features which help them in their adaptation. This is especially important in case of the animals living in extreme climatic conditions who have to protect themselves against the extreme heat or cold. These features that help them in adaptation are a result of the process of evolution. Let us know more about how climate and habitat affect animals as well as Adaptation in Animals in order to survive.

Climatic conditions in the polar region are always on the extreme side. There is extreme cold and most of the areas are covered with snow. The sunrise and sunset persist for 6 months. The winters are so cold that the temperature falls to -37 0c. The animals living in these conditions include the polar bear as well as penguin. So how do they adapt to these conditions? 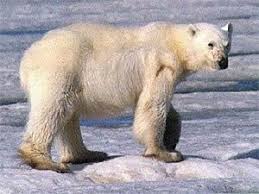 Other Animals Living in Polar Regions

The other animals living in polar regions include a variety of fishes, reindeers, seals, whales, foxes and birds. While fish are able to remain underwater for long periods of time and survive the cold weather, the birds cannot do that. They migrate to warmer regions till the winter gets over. India is amongst the favourite destination amongst these birds. An example of this is the Siberian crane that migrates to the regions of Bharatpur in Rajasthan as well as Sultanpur in Haryana. The wetlands of North East and some other parts of India also serve as their destination to escape from the extreme climates. The tropical regions are characterized by extreme hot climates with the temperature rising to a whopping 40 0c during the summers. Even the winters are not that cold and the temperature rarely drops below 15 0c. These regions receive plenty of rainfall and hence an important feature of these regions are the Tropical Rainforests. Thee are found in the Western Ghats and Assam in India. They have spread in the South Eastern regions of Asia as well as the Central regions of Africa and America.

Learn more about Climate and Weather in detail here.

Que: How does the polar bear keep itself warm in winter?

Ans: The correct answer is option a. The polar bear has two thick layers of fur which protect it from the cold winters.

Share with friends
Previous
Alcohols, Phenols and Ethers
Next
Fundamental Rights and Duties