You must have heard the word ‘climate’ being used all around you. Newspapers these days are full of news about Climate Change. A lot of things in our lives depend upon the climate. The farmer plans his harvest after observing the climate. We plan our vacations according to the climate. But what is climate change? Why is it so important? Let’s find out!

Before we can understand what climate is, we must first understand what weather is. You must have seen how it starts raining on sunny days. It would stop raining after a while and become sunny again. The next day it would be cloudy. This day-to-day atmospheric condition of a particular place is known as weather. Any change in the atmospheric condition over a short period of time is a change in weather.

The weather of a location is not fixed. It is chaotic and changes quickly. It has various parts such as temperature, humidity, wind speed etc. 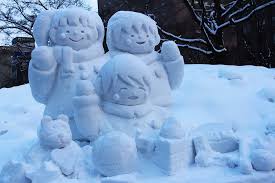 India has a hot and humid climate. This is so because the temperature is high for most of the year. The humidity is also very high. Thus, the average weather pattern of India is that it is usually hot and humid.

Similarly, Rajasthan has a hot and dry climate. Although it is very hot, the humidity is very low for most of the year. You will now see how the climate of a location is determined.

What are the factors that determine climate change?

The climate of a place changes when the atmospheric conditions of that area change. However, this does not just refer to immediate and temporary changes. These changes matter when they occur over tens of years. These are the factors that affect it:

Why is Climate Important?

The climate of a particular area will determine what sort of clothes you wear, what type of a house you build. For a farmer, it will determine which crops to grow, and how to plan his harvest. It even affects your behavior and your activities! If you live in a warmer place, it makes you more likely to play outside than a person who lives in a cooler place.

What is the difference between Weather and Climate?

Weather and climate are two different things, however, in day-to-day usage, we often interchange the two.

Q: Which of the following instruments is used to measure rainfall?

Share with friends
Previous
Weather
Next
Weather, Climate and Adaptation of Animals to Climate