You see a variety of plants around you. You can see they have different leaves, stems, and fruits. Why does that happen? Wouldn’t it be very boring if all the plants were alike? Who can eat only apples all through their life!! Never! So, we will study the diverse kingdom of Plantae here.

Kingdom Plantae includes green, brown and red algae, liverworts, mosses, ferns and seed plants with or without flowers. They have the following characteristics:

They are simple, autotrophic non-vascular plants. They have unicelled sex organs and no embryo formation. These grow in specialized habitats:

Bryophyta (Gk: Bryon = moss; phyton = plants) is the grouping that consists of the simplest and primitive land plants. We also regard these as ‘the amphibians of the plant kingdom’. Bryophytes are most common in moist and shady places. Some bryophytes also grow in diverse habitats like extremely dry or watery habitats. They reproduce sexually. Antheridium is the male sex organ. On the other hand, archegonium is the female sex organ.

The pteridophytes (Gk. Pteron = feather and phyton = plants) refers to all those plants with feathers like fronds of ferns. They do not have flowers or seeds. These plants are mostly terrestrial. They prefer shady habitats. They have a Sporophytic plant body. The pteridophyte usually has a single apical cell with three cutting faces in the shoot apex. Let us now look at the sub-phyla of this group.

You know about Kingdom Fungi

The angiosperms, or flowering plants, are the most dominant and ubiquitous vascular plants of present-day flora. These plants are primarily responsible for changing the green and yellow melancholy of the earth’s vegetation. They do so by their beautiful and colorful brightness and fragrance of their flower.

The term angiosperm means ‘enclosed seed’. This is so because the ovules or potential seeds are enclosed within a hollow ovary. We can divide the plants of Angiosperms into two major groups as – Dicotyledons and Monocotyledons.

They show the following distinguishing characteristics:

They show the following distinguishing characteristics: 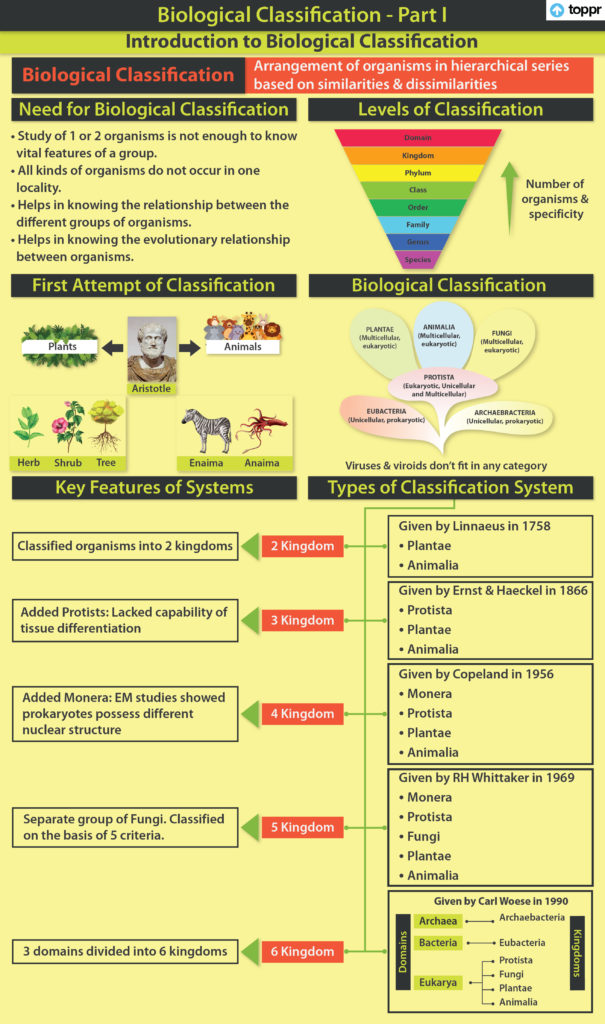 Question: Write a short note on gymnosperms from Kingdom Plantae.

Answer: Living gymnosperms are mostly perennials, xerophytic, evergreen, arboreal and woody plants. We can find them growing as wood trees, bushy shrubs or rarely as climbers (e.g., Gnetales). They are never herbs or annuals. The external features of these are:

Q1. Give the outline for kingdom plantae.

Answer: Kingdom Plantae is classified into the following groups:
Thallophyta: Algae belong to this group. They have chlorophyll. They are phototrophic. They are mostly aquatic. Other members include fungi.
Bryophyta: They are found in cool, damp areas. They have thallus like plant body attached to the substratum. They do not have true roots, leaves and stems. An example includes lichens.
Pteridophyta: They are found in cool, damp and shady places. They have differentiated and well-developed roots stem and leaves. They bear sporangia which produce spores. An example includes ferns.
Gymnosperms: They have naked seeds. The examples include pinus, They do not have ovary wall. banyan tree.
Angiosperms: The seeds are enclosed by the fruits. The examples include flowering plants.

Answer: Bryophytes are the plants in which the life cycle has two phases gametophytic and sporophytic, alternating to each other. This phenomenon is called alternation of generation. Gametophytic phase is haploid, autotrophic, gametes(male and female) formative and responsible for the sexual reproduction. Sporophytic phase is the subsidiary phase which is diploid, heterotrophic and spore formative and responsible for the asexual reproduction. For example, Riccia, Funaria.
So, the correct answer is option B.

Q4. Give an outline of classification of the kingdom plantae with one example of each.