You have suffered from a lot of diseases that bacteria cause. But, do you think all bacteria are bad? No! The bacteria have a huge kingdom of their own that consists of a number of varieties of them. Each bacteria has a different role to play. They belong to the kingdom Monera. Here, we will know all about the kingdom Monera. We will look at both their characteristics and divisions in greater detail.

Learn more about the Different type of Kingdom Classifications here. 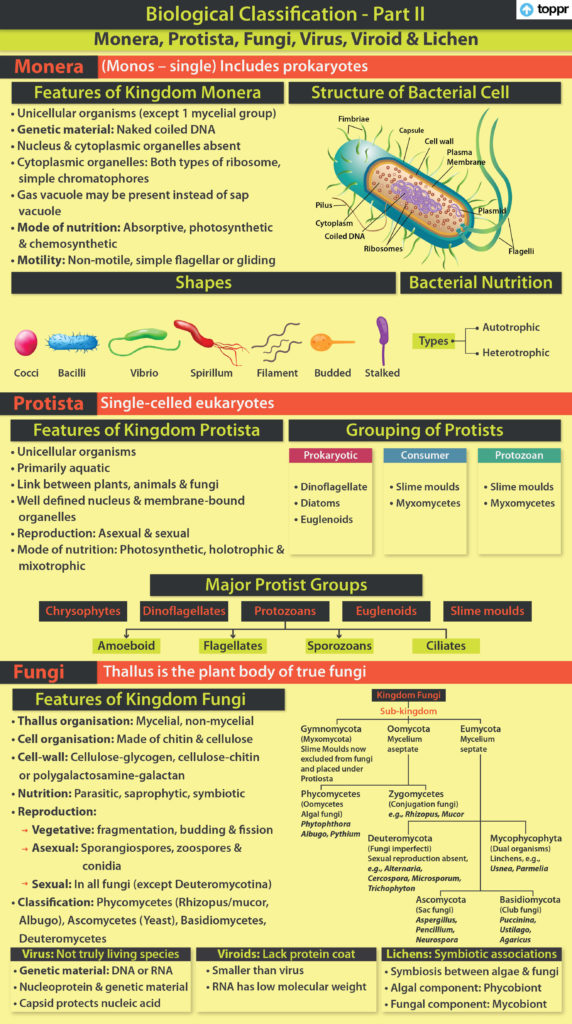 On the basis of mode of nutrition, we can group bacteria into two broad categories. First is autotrophic whereas second is heterotrophic bacteria.

Answer: Cyanobacteria, also known as blue-green algae are photosynthetic prokaryotes. They perform oxygenic photosynthesis. Photosynthetic pigments include chlorophyll a, carotenoids and phycobilins. They primarily store the food in form of cyanophycean starch, lipid globules and protein granules. We can trace their origin to around 3 billion years back. They consequently added oxygen to the atmosphere. These bacteria also paved the path for the evolution of aerobic forms, including aerobic bacteria.