According to an age-old tradition of business transactions in India, Hundi is a negotiable instrument which is available in various vernacular languages in the country. This word has come out from the Sanskrit word ‘hundi’ which means ‘to collect’. They are somehow related to the bills of exchange. But from the shape and content, they look like promissory notes.

A hundi is a negotiable instrument. But it is not necessary to be a bill of exchange as given in the Act. Hundis are famous among Indian traders. Specifically, it is famous amongst those operating in suburban areas. These are under control of the Negotiable Instrument Act,1881 unless there is a local usage to the contrary.

Hundis have a very long historical background in India. The existence of hundis belongs from the sixteenth century. Written documents are proof to it. The merchant Ram Kishan, born in 1586, receives a hundi of Rs.200 from his father to allow him to borrow money to start the trade. 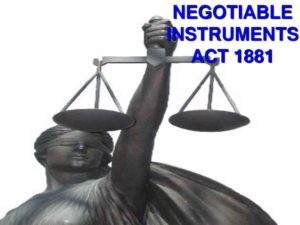 During the colonial, the hundi system was indigenous or traditional for the British Government. They were reluctant to interfere with it as it was an essential part of the Indian economy. Moreover, they put the tax on the transaction taking place from the system.

Official hundi forms were produced putting revenue stamps bearing the image of British monarchs like Queen Victoria. Courts were the source of dispute solution in case of conflicts between the merchants. Hence, it was not at all an underground means of trade though it was taking place without banks.

Darshani is a hundi which is payable at sight. It is like a demand bill. Moreover, it is negotiable. The party can sell them at par, premium, and discount. The holder has to present the darshani for payment within a reasonable time of its receipt. If the drawer faces any loss due to delay in presentation, the holder shall be responsible for it.

Also called as muddati, miadi is something which is payable after a certain time period like a ‘time bill’. Banks generally provide loans for the security of such hundis.

This is a hundi made payable only to a Shah (a respectable person of financial worth and substance in the market). It is freely transferrable. But it is not payable to bearer. In general, it is similar to a crossed cheque.

Under this hundi, the amount is payable to the party whose name is on it. Such an instrument is similar to a bill of exchange payable on order.

‘Dhani’ in local terms means owner. It is generally like a bearer cheque as the holder of it becomes a holder in due course if he takes it for value.

Answer: The term ‘Jokhmi’ has come from the Hindi word ‘jokhim’ meaning ‘risk’. It is generally drawn against goods shipped on a vessel and shows a certain risk involved in the shipment of goods. Jokhmi hundi is a combination of a bill of exchange and an insurance policy and payable only when the goods reach in safe and secure condition.

If anything wrong happens to the goods during transit then the consignor cannot claim payment of the hundi from the consignee. Thus, a jokhmi hundi safeguards the interests of both the parties. It acts as a bill of exchange if the goods arrive securely and if the goods are lost or destroyed in transit, such a bill acts as an insurance cover.