A bill of exchange is a negotiable instrument in writing containing an unconditional order, directing a certain person to pay a certain amount only to or to the order of a certain person or to the bearer. The drawer is the person who draws the bill and presents it to the drawee for acceptance. Out of all the negotiable instruments, only bills of exchange require presentment for acceptance.

Introduction to Presentment for Acceptance

A drawee has no liability regarding any bill addressed to him for acceptance or payment until he accepts the bill. He needs to write the word ‘accepted’ on the bill and sign his name below in order to complete the acceptance.

By accepting the bill the drawee gives is assent to the order of the drawer. Thus, the primary liability on a bill is of the acceptor.

It thus varies the effect of the bill. The holder of a bill may refuse to take a qualified acceptance. In this case, he may treat the bill as dishonoured by non-acceptance and sue the drawer.

Any person who is not already liable on the bill, with the holder’s consent may accept the bill for honour of any party thereto, by writing on the bill when the bill has been noted or protested for non-acceptance or better security.

This person is the Acceptor for Honour. He is liable to pay only after the proper presentment of the bill on maturity to the drawee for payment and he refuses to pay and the bill is noted or protested for non-payment. 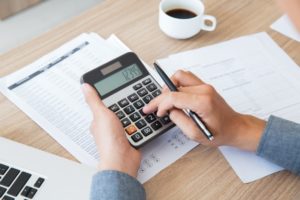 As per section 15, the presentment for acceptance shall be made to the drawee or his duly authorized agent, in case of drawee’s death to his legal representative and in case of his insolvency to his official receiver or assigner.

We shall present the bill to the following persons:

The presentment for acceptance shall be done before maturity, within a reasonable time after it is drawn, on a business day during business hours at a business place or residence of the drawee.

Solved Example on Presentment for Acceptance

When is presentment for acceptance excused?

In some cases the compulsory presentment of acceptance is excused and thus, we treat the bill as dishonoured. Such cases are: