Therefore, the rate of a reaction is the change in concentration of a reactant or a product over a certain period of time. Factors influencing the Rate of Reaction

Chemical reactions only happen when the reactant molecules collide with one another. This is known as the Collision theory of Chemical Kinetics. The collision states that, in order for a reaction to happen, the reactants must collide with sufficient energy that is greater than the activation energy Ea.

1) The Nature of the Reactants

Chemical reactions in an aqueous solution take place almost immediately. It is because the molecular bonds in the molecules of reactants are broken down. The attractive forces between the ions are broken and the ions become hydrated by the water molecules.

Additionally, most ions exert attractive forces equally in all directions. Usually, no covalent bonds need to be broken in these cases. In contrast, reactions between molecules that require covalent bonds to be broken tend to proceed very slowly. Therefore, certain structural characteristics of the reactant molecules, such as bond polarity, geometry, overall size and orientation influence the rate of reaction. 2) The Concentration of the Reactants

3) The Temperature of the Reactants

We can also explain this with the Collision theory: the average kinetic energy of all molecules is a direct function of temperature. The molecules collide with a greater energy, that is, their activation energy decreases. 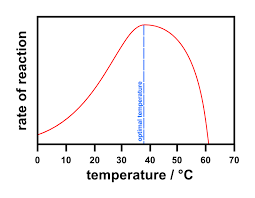 We already know the dependence of the rate of reaction on temperature can be explained by Arrhenius equation which is, k = A e -Ea/RT where e -Ea/RT is the number of molecules with energies greater than the activation energy.

4) The Presence of a Catalyst 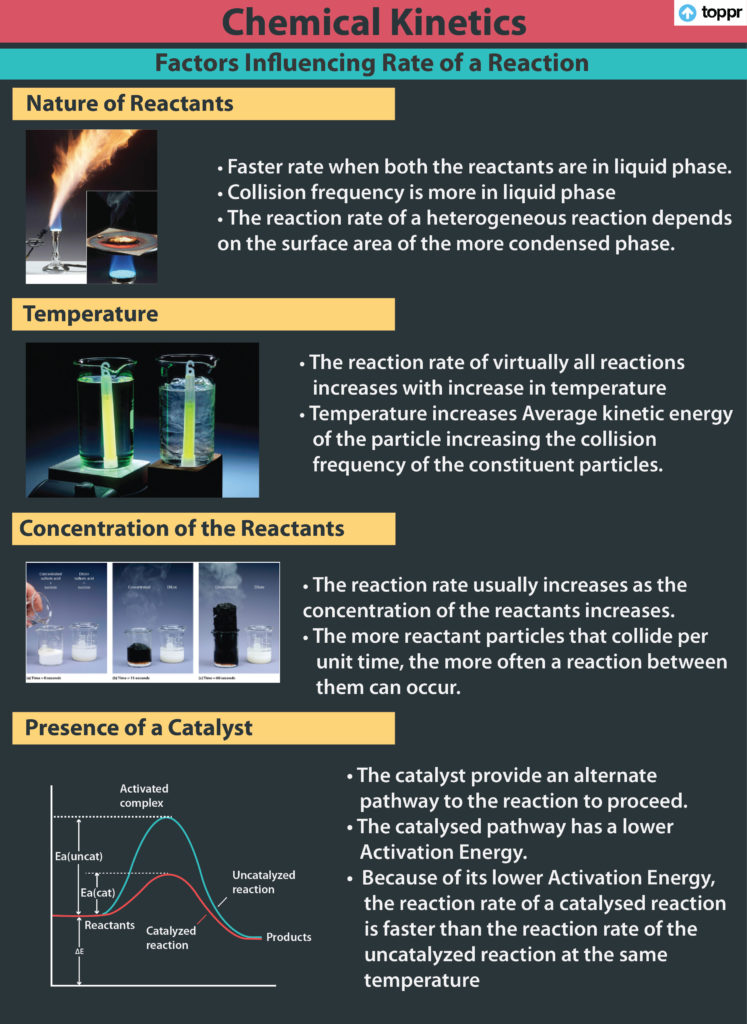 Q: How does concentration affect the rate of reaction?