A list refers to a data structure in Python that is an ordered sequence of elements and it is mutable in nature. Furthermore, Python mutable lists may involve various data types like objects, integers and strings. Moreover, the lists, due to their mutable nature, can be altered after their creation. 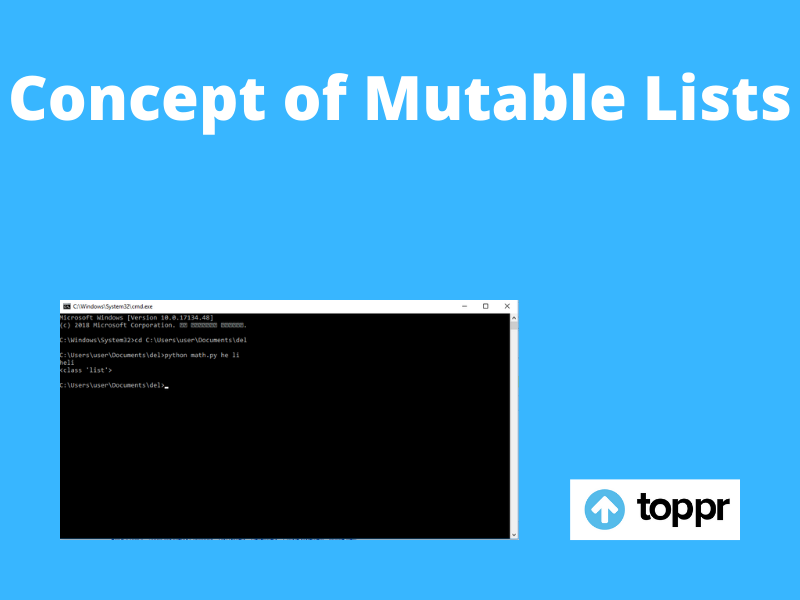 The characteristics of mutable lists in Python, a programming language, are just like dynamic sized arrays, declared in other languages, ArrayList in Java and vector in C++. Moreover, there is no need for the mutable lists to be homogeneous always. This makes them the most powerful tool in Python.

A single list in Python may involve various data types like strings, integers, and objects. Furthermore, its alteration is possible even after its creation due to its mutable nature.

Below are the various functions of the mutable lists along with their descriptions:

Append() – Adding an element to the list’s end

Extend() – Adding all list’s elements to the another list

Insert() – Inserting an item at the defined index

Clear() – Removing all the list’s items

Reverse() – Reversing the order of items in the Python list

reduce() – Application of a particular function passed in its argument to all of the list’s elements. Furthermore, it facilitates the storing of the intermediate result. Moreover, it also facilitates the return of the final summation value.

max() – Returning the maximum element of a particular list

min() – Returning the minimum element of a particular list

any() – Returning true in case any element of the list is true. Furthermore, in case the list is empty, then returning is false.

accumulate() – Application of a particular function whose passing takes place in its argument to all of the list elements returning a list that involves the intermediate results.

filter() – Testing if each list’s element is true or not

map() – Returning a list of the results after applying the particular function to each item of a particular iterable.

FAQs For Concept of Mutable Lists

Question 1: What is meant by list mutability in Python?

Answer 1: List mutability in Python means that one can change an item present in a list by accessing it directly as part of the assignment statement. Furthermore, one can update one of the list items by using the indexing operator on the left side of an assignment.

Question 2: Differentiate between mutable and immutable in python?