A string in the python is a sequence of the characters. Moreover, a character is just a symbol. For example, the English alphabet has total of 26 characters. Let us explore the topic of creating strings here.

The computer systems do not deal with the characters, however, they basically deal with the numbers i.e. binary. Even though we may see some characters on our screen, it is internally available in the storage as a combination of 0s and 1s. 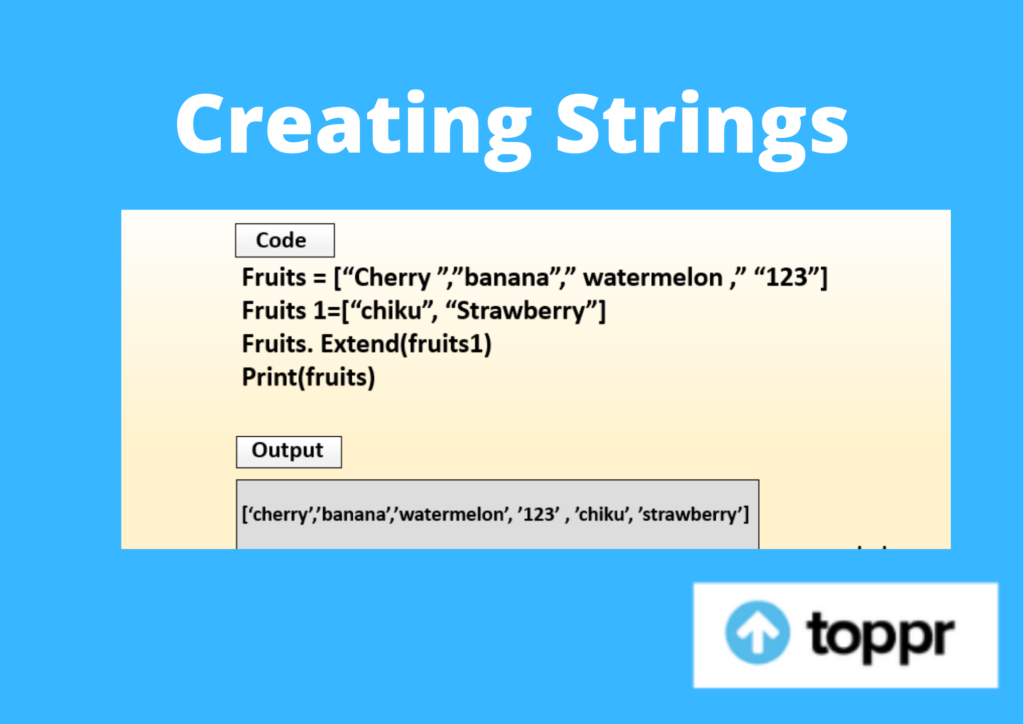 Moreover, this transformation of the character to a number is known as encoding. In addition, the reverse procedure is termed decoding. Consequently, ASCII and Unicode are 2 of the popular and well-known encodings people use.

In Python, Unicode was introduced so that it can include every character in all the languages and bring evenness in the encoding. Moreover, with the help of the Python Unicode, we can learn about Unicode.

Creating a String in Python

We can create the strings by enclosing the characters inside one quote or double-quotes too. Moreover, we can even use the triple quotes in Python but usually, we use it to represent the multiline strings as well as the docstrings.

When we will run this program, we will be getting this output:

Accessing Characters in a String

The index of -1 means the final item, -2 means the second last item and this continues. Further, we can easily access a range of the items in a string with the use of the slicing operator ‘:’ (colon).

When we will run the program present above, we will be getting this output:

In case we try to access an index out of the range or if we use numbers other than an integer, we will get the errors.

Changing or Deleting a String

The strings are immutable in nature. Moreover, this shows that elements of a string are not changeable once we assign them.

Question 1: Define the strings in Python.

Answer: A string in the Python is an order of the characters.