Indian economy is one of the fastest growing economies in the world. But it was a completely different scenario in 1991. The year when new policies and reforms were introduced. The year which serves as a backbone to many of the current policies and decisions. So, how exactly was the situation of India during the time of 1991? What were the major economic reforms in India that took place and changes the scenario? Let us study this in detail.

It was during Narasimha Rao’s government in 1991, that India met with the economic crisis which occurred due to its external debt. Due to debt, the government was not able to make the payments for the borrowings it had made from the foreign countries.

As a  result, the government had to adopt new measures to reform the conditions of the Indian economy. There were many programs and initiatives introduced primarily consisted of liberalization, privatization, and globalization.

The Crisis of 1991 and the Reforms

The crisis of 1991 happened largely due to inefficient management of the economy of India in the 1980s. The revenues that government was generating were not enough to meet the ever increasing expenses. Thus, the government had to borrow to pay for the debts and thus was caught in a term called debt-trap. Debt-trap is the deficit that occurs due to an increase in government expenses in comparison to the government’s revenue. 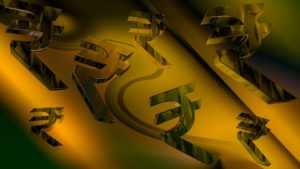 Due to the failure of earlier economic policies till 1990 there was a need for need for new economic policies. The situation was worsening as India had foreign reserves which could last only for the next two weeks. There was a shortage of new loans and Indian people living abroad (NRIs) were withdrawing money in large amounts.

There was a little confidence for international investors towards the Indian economy. These points will highlight the need for a new economic policy in India. Crisis in Gulf countries, increase in fiscal deficit, prices rising, the worse balance of payments, public sector units (PSUs) performing badly, and many more.

The Emergence of New Reforms

India approached the world and international monetary fund for loan and received $7 million to manage their crisis. As a result to this, international firms and agencies expected that India will open up the door in the country by removing various restrictions majorly on private sector and thereby removing the trade restrictions between India and the other foreign countries.

India agreed to the terms and conditions and as a result, new reforms were introduced. These economic reforms in India are structurally classified as liberalization, globalization, and privatization.

Liberalization was brought up with the fact that any restrictions which became a hindrance to development and growth will be put to an end. Largely, this reforms made government regulations and policies lose. It allowed for opening up of economic borders for foreign investment as well as multinationals.

There were many economic reforms introduced under liberalization. These included expansion of production capacity, abolishing industrial licensing by the government, de-reserving producing areas, and freedom to import goods.

Privatization largely refers to giving more opportunities to the private sector, such that the role of the public sector is reduced. The main objectives of privatization are reducing the workload of the public sector, providing better goods and services to the end users, improving the government’s financial condition, and many more. Privatization is a way to allow the entry of foreign direct investments and bringing healthy competition into the economy.

Globalization in simpler terms is to connect with the world. In this context, globalization means the integration of the economy of India with that of the world. Thus, it encourages private and foreign investment and also foreign trade. Globalization attempts to establish the links in such a way that the Indian happenings can be met by the world or vice versa.

Major Highlights on the Economic Reforms in India

Failures of the Economic Reforms in India

Q. In what two groups can be the reforms be categorized?

Answer: The reforms can be categorized into

Stabilization measures are short-term in nature and attempt to control the crisis situation by maintaining sufficient foreign exchange reserves. Structural reform policies are long-term policies that attempt to improve the overall economic condition by increasing the international competitiveness and removing the rigidities and other restraining obstacles.

This concludes our discussion on the topic of the major economic reforms in India.