The basic aim of liberalization was to put an end to those restrictions which became hindrances in the development and growth of the nation. The loosening of government control in a country and when private sector companies’ start working without or with fewer restrictions and government allow private players to expand for the growth of the country depicts liberalization in a country. 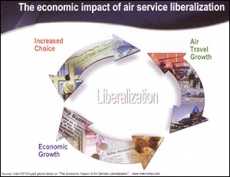 Many sectors were impacted during the course of Liberalization. They were:

Let us discuss all reforms in detail:

A number of reformative steps were taken to deregulate the industrial sector. Like,

I. Abolition of Industrial Licensing

The government abolished the licensing requirements of all industries, except for five industries, which are:

A number of public sector industries which were earlier reserved under governmental control reduced from 17 to 8 in the count. Presently these companies are only 3 in number. Public sector undertaking controls in the sectors mentioned below –

The productions areas which were earlier reserved for Small Scale Industries were de-reserved to all. This improved the land efficiency and developed more cultivation area across the country. Farmers were earlier restricted to use area owned by them. Later during privatization, many private sector organizations entered into the sector of farming. Liberalization technically increased the production per hectare and supported the growth of the nation.

The producers were voluntarily allowed to expand their production capacity according to the nature of the market. They were allowed to choose their own crop or product. On the study of the market conditions related to demand and supply the producers were allowed to choose the size of land under cultivation for each crop and had a liberty to plan their production either for the domestic market or international markets.

Other products which had acceptability in international markets were allowed to manufacture. Exports were allowed for all types of crops. Import of latest technology was encouraged to develop more skills in agriculture.

To upgrade and adopt technology which is more advanced as compared to existing technology, the business houses, and production units were allowed to import capital goods from advanced countries. This helped in increasing the per-acreage cultivation across the country. Farmers and producers of other products were allowed to exchange the technological up gradation.

Following reforms were enforced and initiated in above mentioned financial institutes:

III. Change in the role of RBI

The ace bank of the country i.e. The Reserve Bank of India became a “facilitator”. Earlier RBI was the regulator of the financial activities in the country.

Banks were allowed to set their own interest rates on all business and commercial borrowings. But for saving bank deposits, the control was with the central government.

Fiscal Reforms are the policies set for the government’s taxation and public expenditure policies. All macroeconomic related issues are part of fiscal policies designed by the central government. Prior policy simplified the tax structure and taxation rates were dropped and reduced for convenience of the taxpayers.

I. Devaluation of Rupee

The value of the rupee was deliberately devalued to encourage exports and discourage imports. In 1991, to increase foreign exchange reserves, exports were promoted and all relevant benefits were provided to exporters.

The world trade organization was constituted in lieu of The General Agreement on Trade and Tariff (GATT). In 1948, GATT was established with an association of 23 countries as a global trade organization to administrate all international and multinational trade agreements by providing equal opportunities to all the countries in international markets to encourage trading between the countries. This lead to a few transactional problems.

Some functions of the WTO are,

Question: What were the economic reforms during Liberalization?