Child Marriage continues to be a prevalent practice in many parts of the world. Even though the world is evolving at a fast pace, there are some regions that can’t seem to move on with times. What’s sad is the dark reality of child marriage which is not considered often. Child marriage is basically the formal or informal marriage of a child with or without their consent, under the age of 18. In most cases, the boy or man is older than the girl. Through a child marriage essay, we will throw light on this social issue. 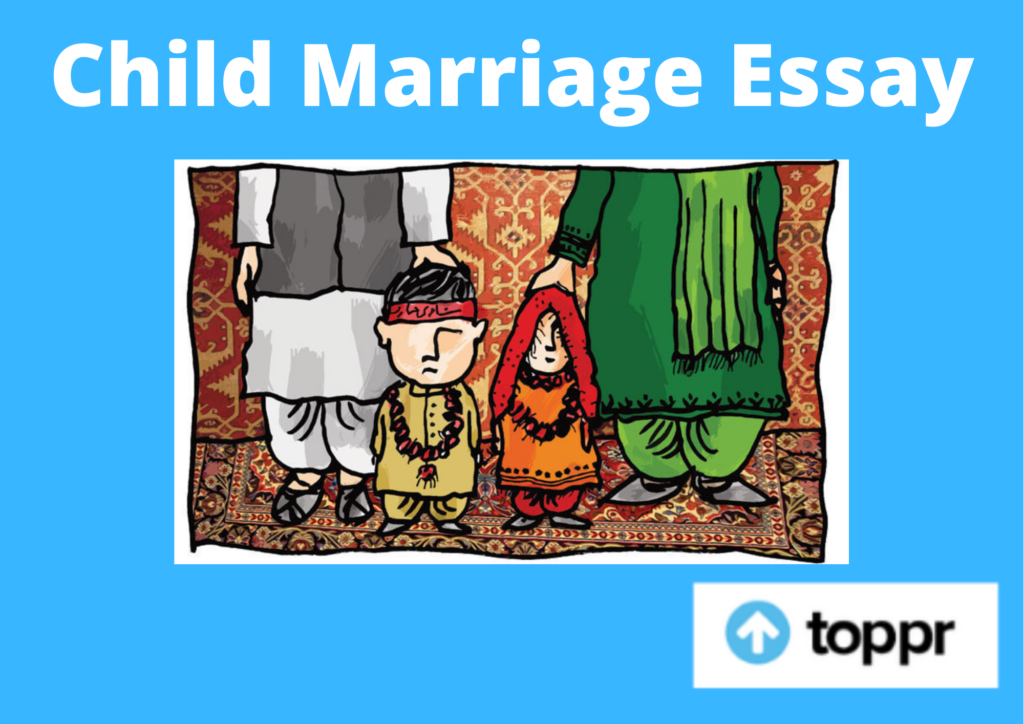 Causes and Impact of Child Marriage

Child marriage is no less than exploitation of right. In almost all places, the child must be 18 years and above to get married. Thus, marrying off the child before the age is exploiting their right.

One of the most common causes of child marriage is the tradition which has been in practice for a long time. In many places, ever since a girl is born, they consider her to be someone else’s property.

Similarly, the elders wish to work out their family’s expansion so they marry off the youngsters to characterize their status. Most importantly, poor people practice child marriage to get rid of their loans, taxes, dowry and more.

The impact of child marriage can be life-changing for children, especially girls. The household responsibilities fall on the children. They are not mentally or physically ready for it, yet it falls on them.

While people expect the minor boys to bear the financial responsibilities, the girls are expected to look after the house and family. Their freedom to learn and play is taken away.

Further, their health is also put at risk due to the contraction of sexually transmitted diseases like HIV and more. Especially the girls who get pregnant at a young age, it becomes harmful for the mother as well as the baby.

How to End Child Marriage

Ending child marriage is the need of the hour. In order to end this social evil, everyone from individuals to world leaders must challenge the traditional norms. Moreover, we must do away with ideas that reinforce that girls are inferior to boys.

We must empower the children, especially girls, to become their own agents of change. To achieve this, they must get access to quality education and allow them to complete their studies so they can lead an independent life later on.

Safe spaces are important for children to be able to express themselves and make their voices heard. Thus, it is essential to remove all forms of gender discrimination to ensure everyone is given equal value and protection.

To sum it up, a marriage must be a sacred union between mature individuals and not an illogical institution which compromises with the future of our children. The problem must be solved at the grassroots level beginning with ending poverty and lack of education. This way, people will learn better and do better.

Question 1: What are the causes of child marriage?

Answer 1: The causes of child marriages include poverty, dowry, cultural traditions, religious and social pressures, illiteracy, and supposed incapability of women to work for money.

Question 2: How can we end child marriage?

Answer 2: To end child marriage we must also raise awareness about this issue and educate both parents and kids. Further, we must encourage them to be independent first and then search for a partner only after attaining a specific age. Laws should be introduced to tackle this social issue.