It is tough for anyone to criticism well. For some, criticism is a good thing while others disagree. Criticism in itself is one of those words that looks like negative. Thus, it gives a feeling of unwilling to accept or making a massive disagreement or being pessimistic. But to everyone’s surprise, it is not the case. Criticism is often different than what people perceive. The essay on criticism gives you an insight into the pros and cons of the criticism. 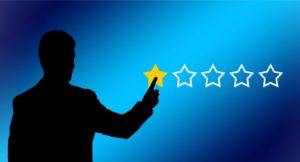 Criticism is expressing the disagreement for something or someone that is generally based on perceived faults, beliefs, and mistakes. So, the main point here is whether to consider criticism as good or bad. Also, if we go by the meaning of the word criticism then criticizing someone is bad. Also, simultaneously this might lead to improving the person who is being criticized. So, he/she is becoming a better person and does not repeat the mistakes is considered as providing criticism to be good. Thus, this depends entirely on the perceived value that is hidden behind the criticism.

A Good Part of the Criticism

Constructive criticism will lead to locating the fault or mistakes that are made by the people. So, the people can work upon it and thereby improve their activities so a heedful and better life can be lived. Criticism calls for improvement on one plane and thereby avoiding the issues unwanted on the other side.

When the criticism is constructive it always makes the criticizer a central figure among the people. Thus, more honors and credibility is given and so criticism would rather be considered as expert advice. Thus, it will add to the status quo of the person that is criticizing.

The Bad Side of Criticism

Leads To a Feeling of Demotivation

A person that is being constantly criticized may feel at tines demotivated. So, this is because of the fact that his/her efforts have not been justifiably and rightfully appreciated. Thus, it may further lead to increase in hesitation in moving forward.

The Danger of Creating a Destructive and False Image

There are many times that it can occur that the people that criticize are seen as the villain of the society. Thus his/her image gets automatically shattered as well as abruptly changed. So, doing criticism may lead adversely to the criticizer as well.

So, we can understand that if the criticism is done in a constructive and positive way that this may lead to a good and fair outcome. Also, if it is done destructively than it may lead to adverse effects on both society as well as personal level.