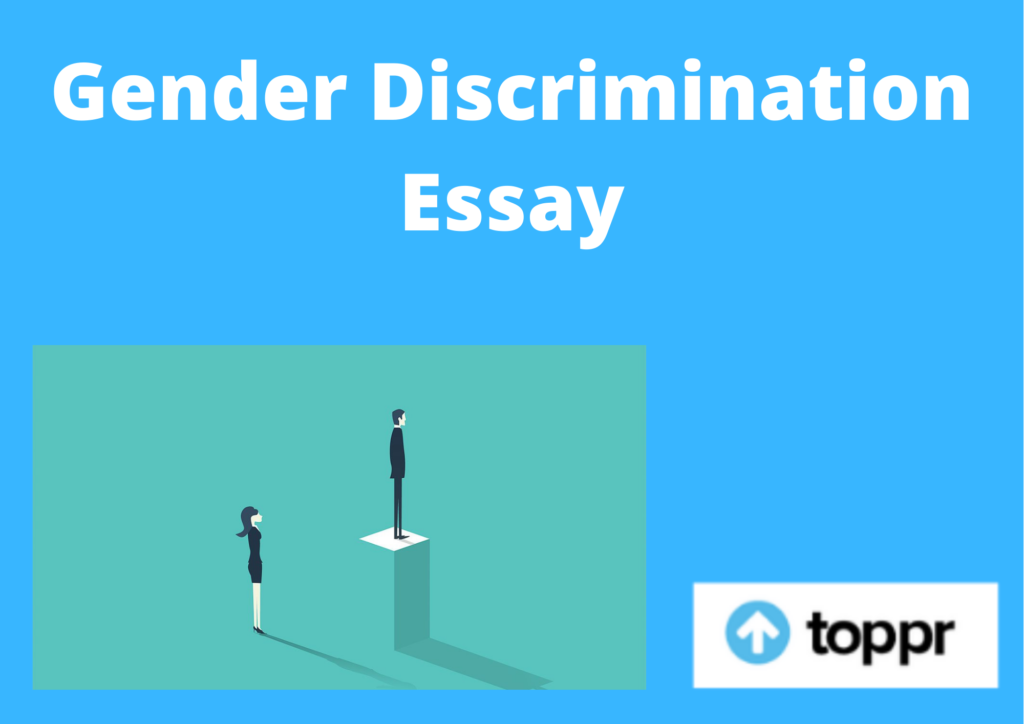 There are many causes of gender discrimination. The first one has to be illiteracy. When people do not educate themselves, they continue to live in the old times. Thus, they follow the old-age sexist traditions and norms.

Education can bring about a change in this mindset because educated people will less likely partake in gender discrimination. Further, poverty is also another reason which is interlinked in a way.

It is the root cause in many places because the economic dependence remains on the male counterparts mostly. Thus, women suffer a lot from it because of the same reason. They never get out of this and stay financially dependent on men.

Furthermore, the patriarchal setup in our society plays a big role. In this setup, the male dominates almost every aspect of life. Thus, they consider themselves to be superior to others.

This way, a lot of violence and injustice is meted out against females. Thus, when there is a gender considering themselves to be superior, it becomes difficult for everyone to avail equal opportunities.

Gender discrimination has a deep impact on society as a whole. It does not just impact a specific section of the society but every part of it. First of all, it impacts children as they fall prey to gender stereotypes from a young age.

Further, it impacts young people because it impacts their behaviour, study choices, ambitions, attitudes and more. Thus, many girls do not participate in many sports and women experience physical violence more than men.

Next up, we have gender discrimination affecting adults because there is a gender pay gap between the working class. Men earn more for doing the same work as women. In addition, older women have more risk of becoming homeless than men.

It also impacts the aboriginal women because they have it a lot worse. It is more likely to happen that they can die from family violence, 11 times more than men. Even for men, it is not beneficial as it sets difficult standards for men to follow.

It draws a line on men being emotional. Thus, they can never showcase their emotions truly without being judged. Similarly, men do not parental leave in many places. Ultimately, all this results in more suicide in men. Thus, it impacts everyone.

Gender discrimination must be checked at every stage so that no person should be denied a chance to learn and grow. Thus, everyone, no matter male or female, must get a start in life in terms of educations and other opportunities. We must come together as a society to do this.

Question 1: Who is affected by gender inequality?

Answer 1: Gender inequality affects everyone, which includes men as well. Stereotypes about how women and men, girls and boys should be, start from their childhood and follow us to adulthood. Thus, it does not affect just one but all.

Question 2: Give an example of gender discrimination.

Answer 2: There are many examples of gender discrimination. For instance, restriction on clothing. If a man wears shorts, no one will bat an eye. However, if a woman wears shorts, she will be seen in a bad light and be called names. Similar is the case for housework.

Share with friends
Previous
Essay On Mango
Next
Essay On Advertisement