Adjustment entries are the journal entries that converts an entity’s accounting record in an accrual basis of accounting. In accrual basis of accounting, we recognize incomes when we earn them and not when we receive the cash. Similarly, we recognize the expenses when we incur them and not when we actually pay them. Also, there are some incomes earned but not received and incomes which are received in advance at the end of the accounting period. Similarly, there may be expenses which are outstanding and also there can be prepaid expenses. Such, accrued incomes, Incomes received in advance, outstanding and prepaid expenses require an adjustment in the books of accounts.

Adjustment entry for adjustment of closing stock is as follows: –

There are some expenses like salary, wages, rent etc which are incurred but remain unpaid at the end of the accounting period.

For Example – Wages amounting 5000 becomes due on 31st March but remains unpaid during the respected financial year. These wages are termed as outstanding wages.  Such outstanding wages will be added in the wages appearing in the trading and profit and loss account and will also show as a liability in the balance sheet of an entity.

These are the expenses which are paid in one accounting period but its benefits are received in another accounting year.

Such advance rent will be deducted from the rent received on the credit side of profit and loss account. And also it will be shown as a liability in the balance sheet as rent received in advance.

Depreciation on the fixed asset is shown as an expense on the debit side of the Profit and Loss Account. Whereas, in a balance sheet, it is deducted from the respected fixed asset.

When debtors make failure in payment of debts they are called bad debt. Bad debt is the amount which is unrecoverable from the debtors.

We show Bad debts on the debit side of Profit and loss account. Also, in the Balance Sheet, we deduct the amount of bad debts from the debtors. However, when the bad debts appear in the trial balance then in such a case we will debit it as an expense in the Profit & loss account only.

Sometimes, a firm may recover these bad debts subsequently. In such cases, the amount of bad debts recovered is credited to the bad recovered account. Also, such recovered amount is credited in the Profit & loss account.

8. Provision for discount on Debtors

A firm creates it to encourage the debtors towards early payments of debts. We calculate it after deducting bad debts and provision for bad debts from the debtors. 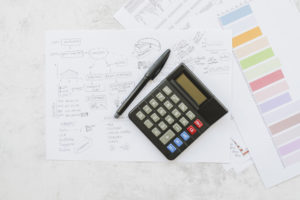 Interest on capital of proprietor or partners is a business expense. Adjustment entry is as follows: –

This entry will increase the balance in the capital account of proprietor or partners by the amount of interest as it appears in the balance sheet. Thus, we debit Interest on capital as an expense in the statement of Profit and loss.

Sometimes the manager is also eligible to a commission on profits at a fixed rate.  The calculation of commission is as follows: –

We show the commission payable as an expense in Profit and Loss account and also in the balance sheet on the liabilities side.

For promoting sales of an entity, it distributes free samples. Thus, it charges the cost of such free samples to advertisement account. This also reduces the stock of finished goods. Adjustment entry is as follows: –

Pass the necessary journal entries to make the following adjustment as on 31st Dec. 2017

Share with friends
Previous
Transfer Entries
Next
Preparation of BRS