What is National Income? 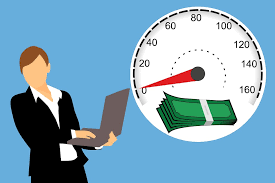 GDP is the gross domestic products while GNP is a gross national product. Further, the savings rate and investment in the economy are the determinantal factors in the national income of India.

For a nation, the value of the final goods and services,  it produces in terms of money for the residents living in the country is the national income.

Here, C stands for consumption, I stands for total investment expenditure, G stands for the expenditure done by the government, and X and M stand for export and import respectively.

X and M are interchangeable depending upon whether the trades are trade surplus or trade deficit.

To determine the estimates of national income, there are three methods:

As discussed above, there are factors which determine the national income of a country. Below are the details of these factors:

The final products within the boundaries of India within that specific period of time are in the GDP of India. Further, the effect of inflation on these products is also calculated.

For example, if Honda decides to manufacture it’s parted in India than that will go into the GDP of India. But the revenues got through the sales are included in the GDP of Japan.

GNP of the country is measured by the income which is collected due to the various factors of production that are owned by the residents or the citizens of India.

The GNP of India is calculated by adding the net inflow coming from the abroad countries to the GDP of India while subtracting net outflow to the foreign countries from India.

As per the previous example, if Honda is an Indian company and it is selling it’s parted in other countries than that revenue become the GNP for India.

History and Present of National Income

Before independence, Dadabhai Naoroji is considered as the first person who calculated the national income of India. While, VKRV Rao divided the economy into sectors, corporate sectors, and agriculture sectors.

After independence, a committee called the national income committee was formed. It was set-up in 1949, and its first chairman was Prof. P.C. Mahalanobis.

Q. In India, the financial year is  from:

B. January 1st to December 31st

D. All of the method

Answer: D. All of the method

Share with friends
Previous
Types of Plans : Single-use and Standing Plans
Next
Types of Debentures