Production of goods is an inevitable part of a country or economy. Undoubtedly, if production is important then everything related to production is important. Hence, Factory forms an important part of the economy. It is such a wide term that it requires special provisions to carry on all activities smoothly.  In this article, we will look at various definitions under the Factories Act, 1948.

In general terms ‘Factory’ is a building or buildings where people use machines to produce goods. But whenever a thing becomes extremely complex and important, general terms are no longer valid. 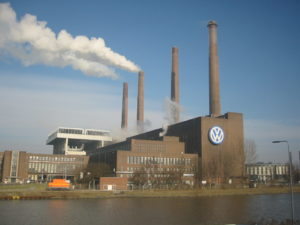 According to Sec 2(m), “factory” means any premises including the precincts thereof—

(i) whereon ten or more workers are working or were working on any day of the preceding twelve months, and in any part of which a manufacturing process is being carried on with the aid of power, or is ordinarily so carried on, or

(ii) whereon twenty or more workers are working or were working on any day of the preceding twelve months, and in any part of which a manufacturing process is being carried on without the aid of power, or is ordinarily so carried on-

but does not include a mine subject to the operation of [the Mines Act, 1952 (35 of 1952)], or [a mobile unit belonging to the armed forces of the Union, a railway running shed or a hotel, restaurant or eating place].

(a) The establishment of a hotel would not fall for classification as a factory under section 2(m) of the Act, [Lal Bovta Hotel Aur Bakery Mazdoor Union vs Ritz Private Ltd 2007]

(c) Commercial establishment receiving the products in bulk and other unpacking such as bulk products pack them according to the customer’s requirements and dispatch such products to customers. Such an act is the manufacturing process within the meaning of section 2(k). [Parry co Lt, Presiding Officer, II Additional Labor Court, Madras, 1998]

Other Important Definitions (Under Factories Act, 1948)

Question: What is the definition of ‘Prime Mover’ under the Factories Act, 1948?

Answer: Prime Mover means any engine, motor or other appliance which generates or otherwise provides power.