Biology is the natural science that involves the study of life and living organisms. Without biology, it would be difficult to understand the anatomy of humans, animals, and other creatures. Let’s find out more about basic biology and life sciences.

Table of content
1 Suggested Videos
2 Introduction to Life Sciences
3 Characteristics
4 Cells: The Building Block of Life
5 Genes: The Basic Unit of Heredity
6 Evolution: The Theory of Everything
7 Solved Examples

Every living organism has different and their own characteristics. Biology, in simple terms, is the study of life and Life Sciences are basically the study of biology. The life sciences comprise of the study of science that includes the study of organisms like plants, animals, microorganisms as well as human beings. However, some life sciences specifically focus on certain type of life.

Living things refer to all those things that have self-sustaining processes. Those organisms that possess life and have the ability to eat, grow, respire, reproduce, obtain as well as use energy for the metabolic process. It also includes those things that are invisible like viruses and bacteria. All the living things collective of everything on Earth are known as organisms. These organisms include the moment, respire, sensitivity, they grow, reproduce, release waste and also consumes the food.

Cells: The Building Block of Life

Life has evolved into an array of shapes and forms. Humans are considered to belong to the most advanced group of organisms. Other higher-level organisms include animals, plants as well as fungi. Viruses are the unusual groups as without the use of a host cell they are 0unable to reproduce.

Organisms are made up of a complex structure or complex organization. All living things are composed of a cell. Cell, the building block of life or the smallest unit of life. Even a single cell has the potential to sustain life. Mostly, the life on Earth remains as a single-celled organism, even though the life evolved into multicellular organisms long time ago. 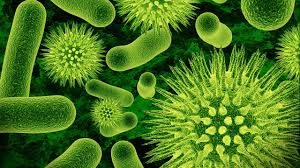 Genes: The Basic Unit of Heredity

The basic physical and functional unit of heredity is the gene. It is made up of DNA and varies in size. It is believed that it contains all the information that is required to keep the organism alive. The information from these genes is passed from the parent to the offspring when the organisms reproduce. It is one of the reasons as to why children look similar to their parents.

Evolution: The Theory of Everything

It is considered to be the cornerstone of modern biology. It has driven the development of life with the help of genetic mutations. Biology in itself is a broad field of study and the study of evolution, ecology and genetics are much broader. 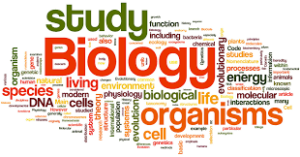 Q1. The longest and largest bone in the human body is __.

Sol. The correct answer is the option ”d”. The longest and largest bone in the human body is  Femur.

Q2. The number of Chromosomes in the human gene is __.

Sol. The correct answer is the option ”c’. The number of Chromosomes in the human gene is 46.