Quality of Life is measured by a Social Progress Index. It takes into consideration basic human needs (such as medical care, sanitation etc), opportunities afforded to their citizens and consider foundations of wellbeing (like access to education, technology etc).

This study threw up a surprise, where many big countries did not make the top ten list. The country with the highest quality of life was actually Finland. It scored high on all three criteria and had a Social Progress Index of 90.09. They were closely followed by Canada and Denmark, with Australia and Switzerland rounding off the top five. India’s rank was a lowly 133. 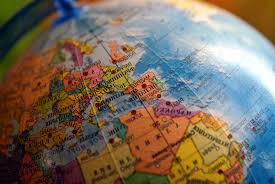 Finland here to tops the rankings. They have a unique no banding system in their classrooms. All pupils regardless of their level of IQ are taught in the same classroom. They have almost none homework for their students. And there is only one mandatory exam, that students take at 16.

Finland is followed by Switzerland (famous for its private schools), Belgium and Singapore.The Netherlands will round off the top five, and the Dutch children are also the happiest in the world according to a UNICEF survey. India’s rank is a very disappointing 145th. This just proves that our country has a very long way to go as far as the education system is concerned. India’s literacy rate is also 168th.

Now as we know India is the second most populous nation in the world, behind China. But we rank 32nd in population density! Population density means the number of humans living in an area of one square kilometer.

Life expectancy is the estimated average number of years a person is expected to live under normal circumstances. This number is a good indicator of the health and welfare conditions of a country. The global average life expectancy is around 71.5 years.

India again has a dismal ranking of 125. The life expectancy of a citizen of India is around 68.3 years which is far below the global average. In spite of great economic growth and development of our country, the life expectancy remains low. Our infant mortality rate is also very high( 34 per 1000 births), almost three times that of China. Even in this day and age, we find it difficult to provide basic medical care to our citizens.