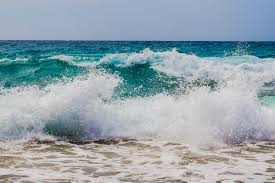 Tides are the rise and fall of sea levels caused by the combined effects of the gravitational forces exerted by the Moon and the Sun and the rotation of Earth. The rise of water level in the sea indicates high tide and lower water level indicates low tide. The types of tides are spring tides and neap tides. 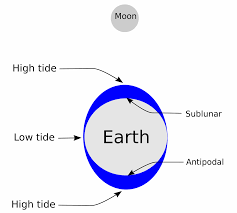 The continuous flow of seawater from one direction to another is called ocean tides, It is caused due to by forces acting upon this mean flow, such as breaking waves, wind, the Coriolis effect, cabbeling, temperature and salinity differences. They are classified as warm currents and cold currents. 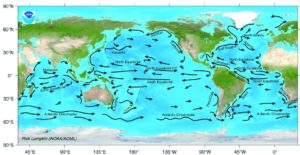 Warm currents are current that come from tropical or subtropical regions and flow towards the polar or subpolar regions. The water is warm here hence it is called warm currents. Similarly, cold currents are the currents that flow in from the polar or subpolar regions towards the tropical or subtropical regions. The water is cold here hence it is called cold currents.

Q1. Which of the following is a type of wave?

Sol. The correct answer is the option ”d”. Ripples are the instant effect of wind on water and they die down as quickly as they form, as the surface tension of the water dampens their efforts. Waves always travel in the same direction as the wind is blowing: if the wind changes then the waves change with it.

Wave size is determined by the strength of the wind, the length of time it has been blowing and the distance it has blown over or the ‘fetch’. When strong winds blow for longer than a few hours, it gives the water sufficient energy that it then takes on a character of its own. This character and movement are known as a swell, and it will march across open areas of water independent of the wind.

Sol. The correct answer is the option ”d”. Factors Influencing Nature and Movement of Ocean Currents are: