In Indian penal code, section 171A to 171I deals with any offences relating to elections. This chapter was inserted in the year 1920. The main purpose was to enact a view of providing the punishment for malpractices during elections. Thus, any kind of misconduct is avoided in such scenarios. 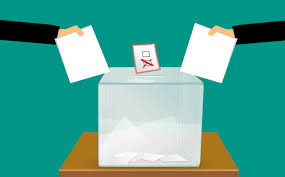 The objective as mentioned above of this section is to avoid any malpractices related to elections. Also, it is an attempt to safeguard the franchise’s purity.

This section mentions the definition of electoral right and candidate. For this chapter, you can say that the definition of ‘candidate’ is a person who has been nominated as a representative at an election. Also, electoral right, in this context means the right for a person to stand. Furthermore, the person can also withdraw or not stand from being a candidate because of this right.

This section is for the bribery in the case of elections. If someone gives gratification to another person with the objective of inducing the other person in order to exercise the electoral right than it is called bribery.

Basically rewarding someone for exercising any right. Also, if a person accepts for other person or for himself any reward in exchange of electoral right is also deemed as bribery.

Also, this gratification is only given to influence to electoral right. Furthermore, declaring any promise or public policy is not considered as an offence in this section.

This section states taking undue influence at the time of elections. The section is used when someone voluntarily influences or interferes the free exercise for any electoral right.

Thus, this person that is said to have committed undue influence at the time of the election. Also, when someone threatens the voter or a candidate, with an injury is punished under this section.

Although when someone declares a promise or a public policy without any intent to interfere with an electoral right is not included. This person is not deemed to interfering within the meaning of this section.

Some of the ingredients of this section are

If a person in an election applies for a voting paper based on votes is said to have committed an offence in the election. Also, the person can be dead, alive or in a fictitious manner.

The person can have voted once in the election under his own name also qualifies for this. The ingredients for the section is: