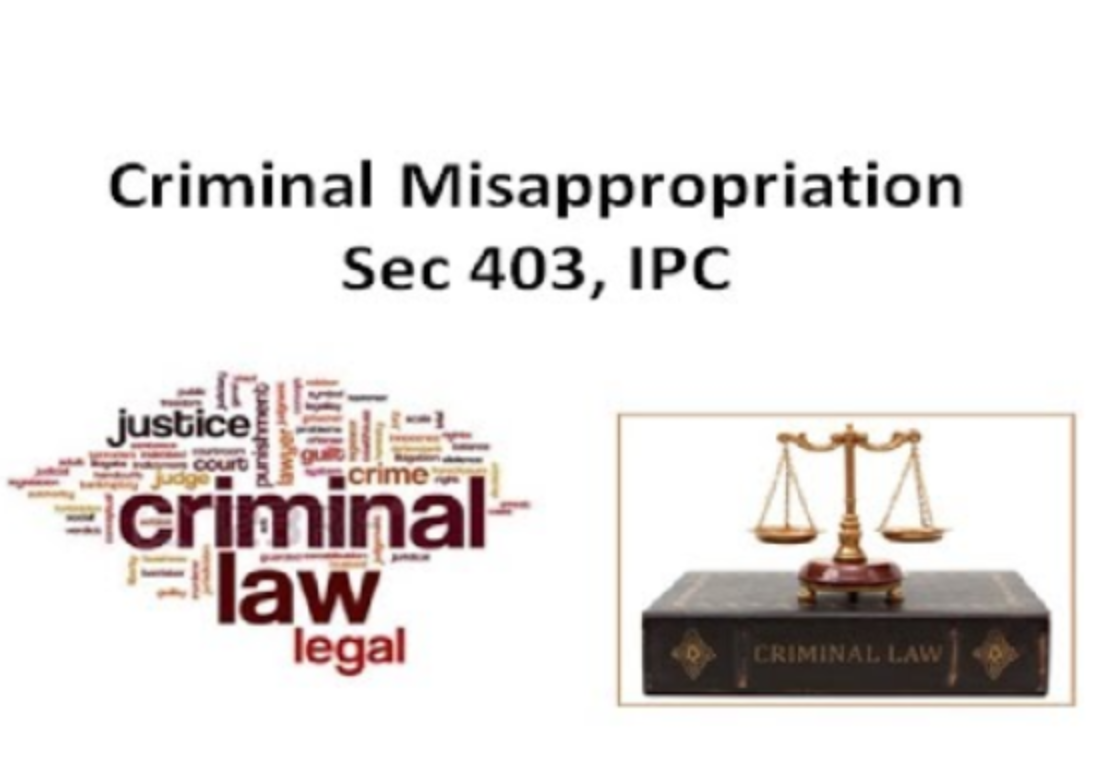 Section – 403 of the Indian penal code reads that, whoever dishonestly misappropriates any movable property to his own usage, shall be punished with imprisonment up to 2 years or with fine or both.

To establish the offence of misappropriation following ingredients have to be satisfied:
(i) the defendant embezzled property and converted the property to his own use.
(ii) he does so dishonestly.
(iii) the property is movable; and
(iv) the movable property belonged to the complainant
The offence underneath Section 403 of the Code is non-cognizable, bailable, compoundable with the permission of the court and triable by any magistrate.

If the intention wasn’t dishonest at the time possession was taken a subsequent alter of intention doesn’t make the possession unlawful. Explanation to the section emphasizes that in case of the finder of goods if he has taken all precautions to ascertain the true owner and kept the goods for a reasonable time for restoring it to actuality owner, he may use the property for himself if actuality owner isn’t found. But if forthwith misappropriate the property he would be liable underneath the section.

Dishonest misappropriation of property possessed by a person who passed away:

Section 404 of the Indian penal code says that, whoever dishonestly misappropriates or converts to his own use property, knowing that such property was in the possession of a deceased person at the time of that person’s decease, and has not since been in the possession of any person legally entitled to such possession, shall be punished with imprisonment of either description for a term which can reach 3 years, and shall also be liable to fine, and if the offender at the time of such person’s decease was utilised by him as a clerk or servant, the imprisonment may extend to 7 years.

To invoke Section 404 of the Indian penal code following ingredients should be met.
(i)  The property must be a movable property
(ii)  Such property was in possession of the deceased at the time of his death
(iii) The defendant misappropriated it or converted it to his own use
(iv) The accused did so dishonestly.
Offence underneath this Section is non-cognizable, bailable, non-compoundable, and triable by a magistrate of the first class.

When an individual converts any movable property to his own use, shall be punished with imprisonment of either description for a term which may extend to two years, or with fine, or with both.

Ques. What is the meaning of Misappropriation?

Ans. The correct answer is b. The word misappropriation means a dishonest appropriation and use of another’s property for one’s own usage.