Maharashtra Recognition of trade unions and prevention of unfair labor laws practices act 1971 sanctioned by the government of India for regulations of industries in the country to attain the goal of empathetic between employee and employer. This act figures on the incidence of the strike, lockout, illegally declared, economizing, terminating a workman. Under such circumstances, Industrial act can be closely related and several other problems between employee and employer. In such unwanted issues of industry, the industrial act, MRTU and PULP Act 1971 against ULPs are provided.

What is Unfair labor laws? 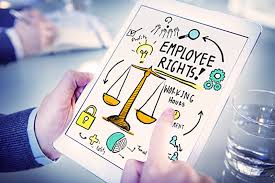 Unfair labor laws consider when actions taken by employers disrupt National Labour Relations Act of 1935, section 8. NLRA investigate such acts to give employees to improve their surroundings with their employers by developing union. NLRA also establishes the rules for union elections, collective bargaining and more. They also prohibit employers to do interfere in employee rights to create equilibrium between both union and employers. Such actions are known as unfair labor laws practices.

An employee refers as a workman to industry (section 3, clause 5)

To resolve industrial disputes India took initiative for passing that law which fashions equilibrium between employee and employers to improve industrial growth. The government of Maharashtra made a strong report and led the following circumstances.

After taking this report in deliberation, they decided to generate strong law for unfair labour practices to expedite unions from uncertain unfair practices. The Government of Maharashtra also gave importance to produce sovereign machinery to form dual actions recognition and enforcing provisions of the union. Hence, the state passed the MRTU and PULP Act 1 February 1971. This applies to all industries of Bombay for both employee and employer in 1972.

Is MRTU and PULP Act proved beneficial for business growth?

The main reason for introducing this act is to generate a balance between relations of unions and employers in the industry. The industrial disputes are drawn-out, political and even administrative. After a great struggle, this law got the legal address.

Before the MRTU and PULP Act 1971, the industrial disputes were large and takes a long time to resolve. This simply affects the growth of industries. But after this act, the cases become less and industrial disputes diminish, hence business growth elevated.

Question: Under which committee MRTU & PULP Act had launched?

Answer: The right answer is the tripartite committee. They took imitative in 1968 to develop a balance between employers and union to diminish industrial disputes and fast growth of a business.