You must have come across many algebra equations which include x, y, and z. These expressions have two or more variables. But in linear equations in one variable the expression has only one variable, and in the chapter below we shall learn about the evaluation of the same.

We are well aware of the term “Equations”. An equation is an expression that equates with another. For example, 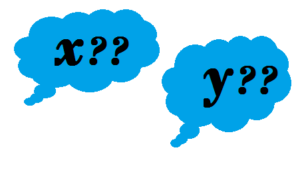 In the chapter, we will deal with expressions in one variable only. Before starting, we revise the basics.

Browse more Topics under Linear Equations In One Variable

Generally, in an equation, the values of the L.H.S expression is equal to that on the R.H.S and these values are called their solutions. To obtain the solutions of an equation we use the various arithmetical operations on the two sides so that the balance between the two equations are not disturbed.

Solving Various Types of Linear Equations in One Variable

Solving Linear equations in one variable involves a few techniques of balancing the two expressions on both sides of the equal sign.

For understanding this technique lets consider the example given below: 4x-5 = 15, adding 5 to both sides:

Now, divide both sides with 4,

The following example will help us understand the technique in a better way: 3z+8 = 10, shanging the position of 8 to R.H.S,

Solving Linear Equations having Variables on Both Sides

In the topic above we learned about the equations with numbers on one side. Here we shall learn equations with expressions on both sides. For solving such equations, the techniques used above shall be followed, but with care and accuracy of operations. The following examples will make our understanding of the same clear:

Now, we subtract a on both sides;

The point to be noted here in the example above is that we have subtracted a variable “a” from both sides. In an algebraic equation, a variable is also considered a number as it in a way represents a number. Let’s take another example:

We change the position of 3y from RHS to LHS,

Linear equations may not always be simple! We may come upfront with equations that are a combination of many operations. In such a case we apply the basic rule of B.O.D.M.A.S. The following example will make things clear:

The first step here involves opening of all the brackets. Let’s take the expression on LHS:

Now the equation is; which includes the simplified expression of LHS and RHS

Now, let’s check our solution by replacing the solution with the variable:

The answer on both sides is equal, hence the solution is proved. You must have noted in the above equations that, while solving a linear equation in one variable, we take into consideration the expression on both the sides one by one. This not only makes the concept clear but also helps us to reach to solutions faster.

Linear equations in one variable can be used to calculate the value of an integer when we are given two or more integers with one of them being unknown. Using the expression in an equation form, we can easily find the value of an unknown integer.

Linear equation helps us deduce integers in many word problems of arithmetic. Not only these expressions make the equations simple to understand but also help in reaching to conclusions easily and fast.

Q. In the last three months Mr.Sharma lost 5 and a half kg, gained 2 and one-fourth kg and then lost 3 and three fourth kg weight. If he now weighs 95 kg, then how much did Mr.Sharma weighs in beginning?

Solution: B. Let x be the Mr.Sharma’s weight in beginning. According to given in instructions,

This concludes our discussion on the topic of algebra equations.