In Alphabet Series section, a string of alphabets, either in a single file or in combination form a sequence. This sequence comes together following a definite rule. The candidate is expected to detect this rule and answer the questions at the end. Most of the times an alphabet series or sequence will be present and you will have to find the missing term. Other instances may ask you to find the wrong term or the term that doesn’t belong to the sequence. Here we will see both of these questions that are very frequent in the IBPS PO, SO, SBI and RBI exams.

The first step you should take when you encounter questions on the alphabet series is to map the alphabets and numbers. Let us do it in the following table.

This table will help you crack every single one of the questions with ease. Normally the alphabet series is based on the number-alphabet relations only. Let us see some examples of finding missing alphabets. 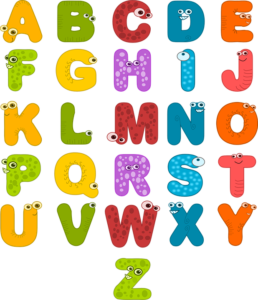 In these questions, alphabets will be present with one alphabet missing from the collection. Your job is to find the missing alphabet. Let us see with the help of an example.

Example 2: What should be the alphabet that follows the order of the sequence:   A, D, I, __

These type of questions are similar to the ones we saw earlier. But there our numbering scheme would stop at 26 with X. What if we put all the alphabets on the surface of a circle with equal distance in between them? Well, that is what happens in the circular arrangement series alphabet sequence. A convenient method to solve such type of questions is to imagine all the alphabets on a straight line and labelling them with numbers. Starting from A = 1, then A = 27, and A = 53 and so on. Let us see an example:

In such questions, a number of series of alphabets will be present and you will have to decide which among them if any doesn’t make a series. Let us see an example of such type of questions.

Example 4: In the following space, a sequence of alphabets is present, one of them is wrongly put. Find the wrong one and select it from the options below:

Q 2: Which of the following is not right?