Can you count the stars of the universe without numbers or can you tell your age to someone without numbers? No! Because everything is just a game of numbers. Let us now see the general form of a number. Let us do it right away.

General Form of a Number 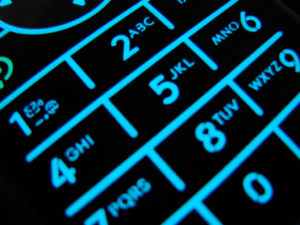 where a  is a ten’s place digit and b  is a unit’s place digit. Let us consider the example of a two digit number- 67. Now when we start from the right i.e from 7 to 6, the place of seven is known as ones and that for 6 is known as tens.

In general, any three-digit number xyz can be written as,

where, x is a hundredth place digit, y is a ten’s place digit and z is a unit’s place digit. Hence, if it’s a three digit number, the places will be ones, tens and hundreds from right to left.

Similarly, for a 4 digit number, it’ll be ones, tens, hundreds and thousands. For a five digit number, the leftmost place will be called ten thousand. Let’s understand this concept.

The difference between a 3-digit number and a number obtained by reversing its digits is always divisible by 11. Let 3-digit numbers be:
xyz = 100x + 10y + z

In case of x =z the diffrence is zero.

Example: Find the smallest three-digit number from the given digits 0, 7,8

Solution: Arrange the given digits in ascending order (as the smallest three-digit number) we have 0 < 7 < 8. Now as the number is a three digit number hence we cannot choose the first digit of the resultant to be 0 as it will make the  number a two digit (say 078), hence the required number is 708

Forming a Four Digit Number from Given Four Digits

Example: Find the largest four-digit number from the given digits 0, 7,8,6

Here we have puzzles in which letters take the place of a digit in arithmetic sum and the problem is the to find out which letter represents which digit. There are two rules we follow while doing such puzzles.

For example, R and Y can be represented by 18 and 25 respectively, as per their alphabetical sequence.

Solve Examples for You

Question 1: On multiplying 121  and its reverse, we get

Question 2: Which of the numbers are in general form?

Answer: One can regard the number 70 as a natural number. Furthermore, 70 is a whole number that is without a fraction. Moreover, one can regard 70 is a “counting number”. Also, 70 is an even and composite number. Another categorization of 70 can be as a real number. 70 also happens to be a rational number.

Question 4: What are the possible natural numbers that exist from 1 top 100?

Question 5: What is the number 1 and its fundamental property?

Answer: 1 is a number or numerical digit that is representative of a single entity. For example, if there is a line segment of unit length then it means that it means that it has a length of 1. Furthermore, multiplicative identity is a fundamental property of 1.

Question 6: Explain why number 1 is unique?

Answer: 1 is unique because it is neither a composite number nor a prime number.