In our day to day life, we are facing the term force. Which is needed to do some work and achieve some position change? A force is generally a push or pulls upon an object resulting from the interaction of one object with another object. Whenever there is such type of interaction between two objects, then there will be a force upon each of the objects. Forces possibly exist as a result of an interaction. Sometimes multiple forces are applicable on one object. Then the average force is required here. In this topic, we will discuss the average force formula with examples. Let us learn it! 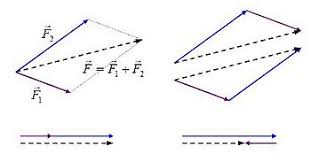 What is the average formula?

A force is a vector quantity. So, it is a quantity that has both magnitude and direction. To explain the force acting upon an object, we need to describe both the magnitude as well as the direction.  The average force is the force exerted by some object moving at some defined rate of speed i.e. velocity for a defined period of time.

The word average here is used to indicate that this is not an instantaneous or precisely measured velocity. Therefore, the average force is equal to the mass of the body multiplied by the average velocity of the object over the defined time.

The formula for the average formula:

Therefore, the mass of the object multiplied by the average velocity over the definite time is equivalent to the average force. For a particular interval of time t, the force will be described as the frequency of change of momentum. It is difficult to determine the rate of change if the time interval is small.

Over a period of intervals \(\Delta t\), the rate of change of momentum is the Average force.  Mathematically it is given as:

Q.1: A dog of weighs 10 kg chases a car for 12 seconds with a velocity of 5 m per sec. What will be the average force for the dog?

Q. 2: A boy throws a bowling ball having a mass of 5 kg. Ball rolls with a velocity of 4 meters per second for 2 second period. Find out the average force applied?

Solution: The following parameters are given.

The average force is:

Substituting the values in the formula we get,

Thus, the average force applied will be 10 N.