According to Einstein’s theory of special relativity, it states that ” The length of objects moving at relativistic speeds undergoes a contraction along the dimension of motion”. An observer who is at rest (relative to the moving object) would see the moving object to be shorter in length. The object length is actually contracted as seen from the stationary or the observer at rest reference frame. The amount of length contraction of the object purely depends upon the object’s speed relative to the observer. So let us learn more about this length contraction formula.

What is Length Contraction?

Its alternate name is Lorentz contraction or Lorentz–FitzGerald contraction (after Hendrik Lorentz and George Francis FitzGerald) and is usually only noticeable at a substantial fraction of the speed of light. Length contraction occurs only in the direction in which the body is travelling.

It is the occurrence or phenomenon; that a moving object’s length when measured is found shorter than its proper length, which is the length as measured in the object’s own rest frame. This contraction phenomenon was postulated by George FitzGerald (1889) and Hendrik Antoon Lorentz (1892).

But in 1905, Albert Einstein was the first to demonstrate that this contraction did not require motion through a supposed aether, but could be explained using special relativity theory. This theory changed all our notions of space, time, and simultaneity.

A very important point to remember is that length contraction cannot be measured in the object’s rest frame, but only in a frame in which the observed object is in motion. 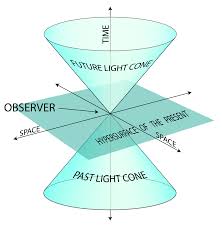 Special relativity as proposed by Einstein states that the distance between two points can differ in different reference frames. In one particular reference frame, an object we measure will be at rest. This is the proper length and we label it as \(\Delta l_{0}\).

Q.1. A crew member of a spaceship measures the ship’s length to be 150 m. The ship flies past Earth at a speed of 0.700 times the speed of light. what would observers on earth will measure the length of the ship?