A pair of conductors separated by some medium can be used as a capacitor. Here we will try and see how a Capacitor behaves when ac is passed through it. We will study an ac circuit with a capacitor and try and get a measure of the current and other parameters.

The Capacitor in an AC Circuit

Now if I connect an AC source with the capacitor, I find that the current is flowing through it, and now if I put a lamp in the circuit the lamp glows, which means current flows in the AC circuit. So a capacitor is an insulator in a DC circuit and a conductor in the AC circuit! 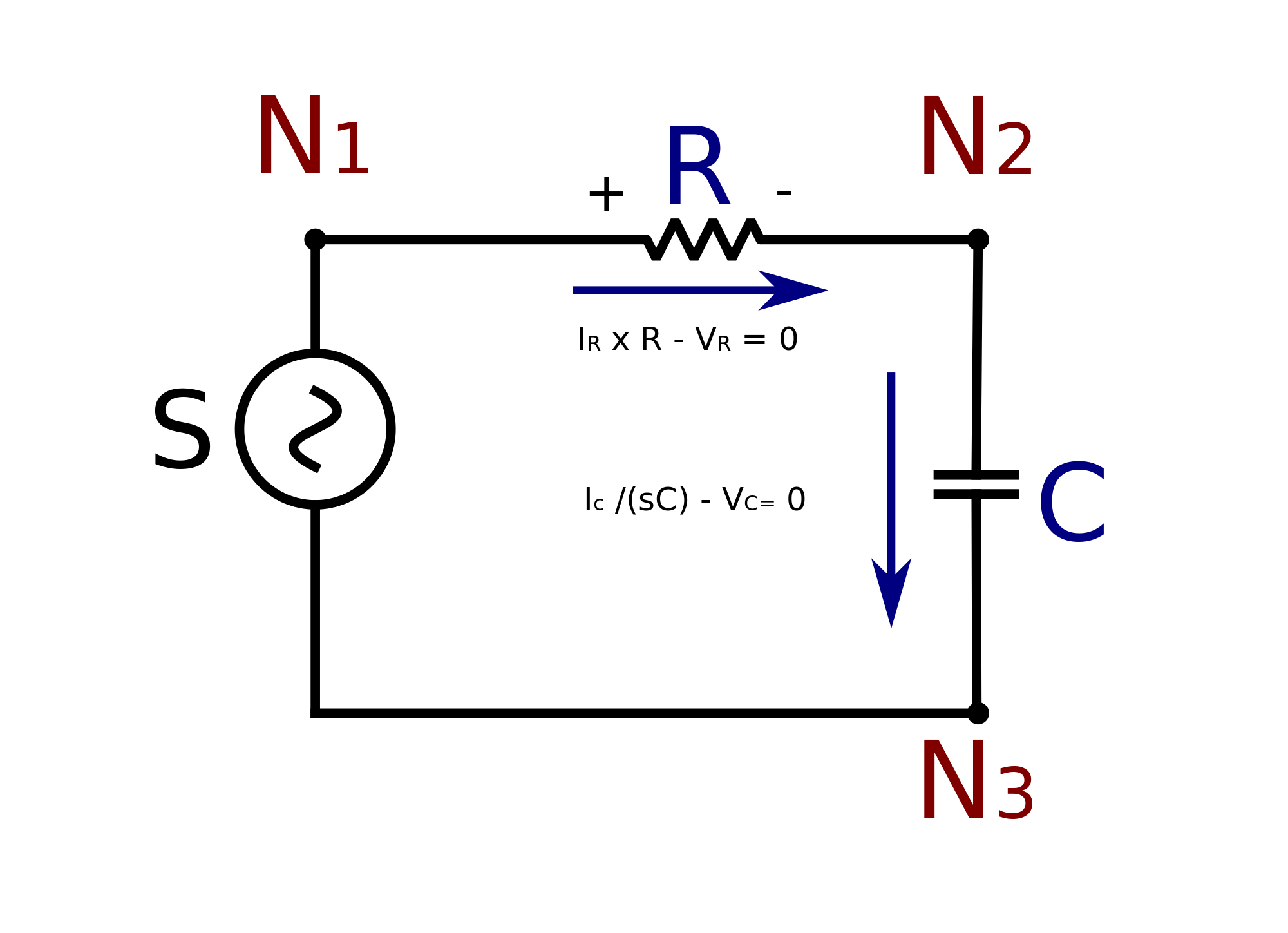 What Happens on AC Biasing?

Now how is it that current flows in the AC source and not where the DC source is connected? In the case of the DC source, the plates of the capacitor acquire a positive and negative charge respectively. Now during that very short while when the capacitor is getting charged to a voltage which is given by :

Then when the voltage increases in opposite direction (i.e when voltage reverses) the capacitor gets charged in the reverse order. Hence the plate which was positively charged will become negative and vice versa. Therefore once again the voltage decreases and comes back to zero and the charge on the plates of the capacitor also becomes zero. Hence, we have : 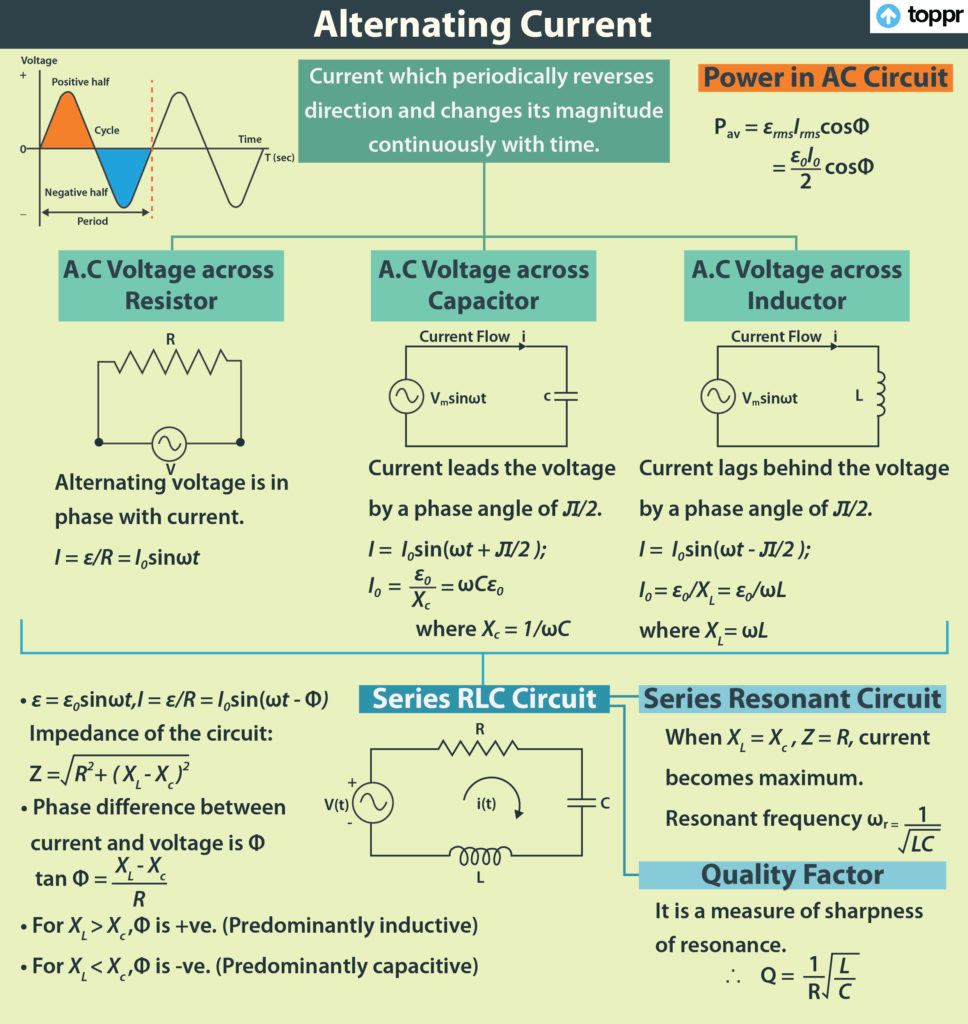 The current flowing in the AC source is given by:

Now the Alternating Voltage applied to a Capacitor is given by:

Where Vm = amplitude of voltage and ω = angular frequency. Charge Q on capacitor is:

Which can be written as:

Now we can write :

We can see that the current also varies sinusoidally having a phase difference of  90 degree.

Take a look above, the term multiplied by the sin term denotes the value of current im. The term in the denominator can then be treated as some form of a resistance offered to the AC. Therefore, we have: