Whenever we describe an object’s motion, the first thing we talk about is the position of the object. Where is the object? It is some distance from a zero point (the point we call the origin) in a particular direction. The change in the position is what we call displacement. Let us study more about it below.

Distance traveled by a body is the path length. For example, if a body covers half the circumference of a circle of radius r the distance traveled is d= πr. It is a scalar quantity.

Displacement of the object is equal to the length of the shortest path between the final and the initial points. Its direction is from the initial point to the final point. It is a vector quantity. For example, if a body moves along a circle of radius r and covers half the circumference, then displacement is given by s=2r.

In one-dimensional motion displacement of the object will be the shortest distance between final and initial point. For example, displacement of a particle in a circular motion would be zero when it reaches the starting point.

For above graph note that displacement can be both positive and negative. Also since it is a vector, the graph is drawn for one-dimension of motion only.

It is the displacement of a point on a structure with respect to its original location or an adjacent point on the structure that has also undergone movement, can be an effective indicator of post-event structural damage. 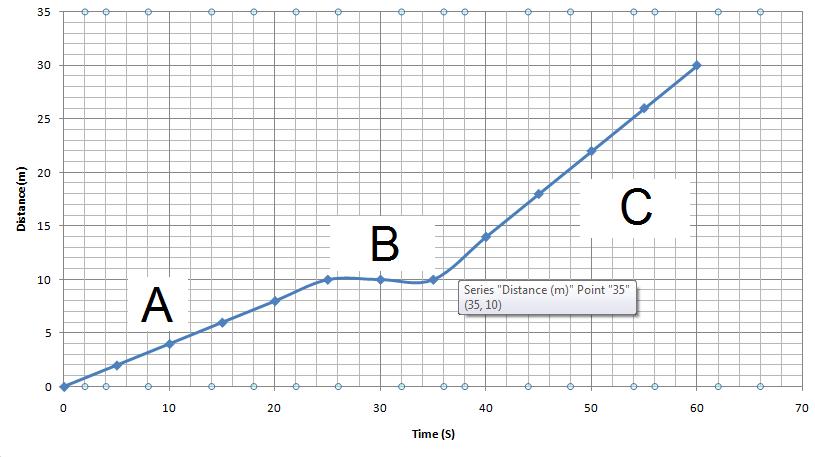 Q.The location of a particle has changed. What can we say about the displacement and the distance covered by the particle?