You observe many things around you every day. The book lying on the table, the clothes lying on your bed, etc. Are these things just lying around? Don’t they possess any energy? Indeed they do. But what kind of energy do they possess? Above all, what is energy? Let us study more about energy and the types of energy below. 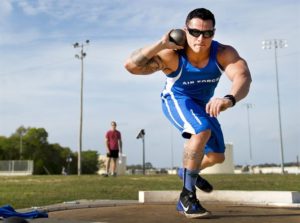 It basically means the capacity to perform work. However, just because it exists, it doesn’t mean that it’s necessarily available to do work. Moreover, heat and work i.e., energy in the process, transfers from one body to another. It can convert from one form to another in various ways. For instance, usable mechanical or electrical energy is, produced by many kinds of devices, including fuel-burning heat engines, generators, batteries, fuel cells, etc.

The SI unit is joules and one joule is equal to the work done by a one-newton force acting over a one-meter distance.

It comes in various forms, here are a few forms of energy:

Thermal or heat energy is energy in the form of a temperature difference between the two systems. For example, a cup of hot coffee has thermal energy. Heat generates and has thermal energy with respect to the environment.

It is the energy of motion of a body. For example, when a child is swinging on a swing. No matter in which direction the swing is moving forward or backward, the value of the kinetic energy will never be negative.

The law states that ‘In a closed system, i.e., a system that is isolated from its surroundings, the total energy of the system is conserved’. It means that energy can neither be created nor be destroyed. It can only transfer from one form to the other. And the total energy of an isolated system remains constant if all types of energy are taken into account.

Suppose, a body having mass m kg moving with a linear velocity of v meter/sec, so its energy is in the form of kinetic energy which is equal to K.E=1/2mv2

a. Electrical into sound energy

b. Mechanical into sound energy

Sol: a. Electrical into sound energy

Share with friends
Previous
Power
Next
Introduction to Work