To facilitate the use of the assertion condition in its programs, python provides programmers with its built-in assert statement called as assert python. Upon encountering the assert statement, python evaluates the truth value of the accompanying and supposes it to be true. Should the value get returned as false, python halts the execution of the program in question and raises an AssertionError exception.

Assertions are defined as statements that serve the purpose of specifying an indisputable fact within your program. In other words, assertions can also be visualized as sanity checks that the programmer can invoke at their will once they are done with the testing of their program. For instance, while defining a division function, one can use the python assert statement to state that the value of the divisor can not be equal to zero as that is a universally established truth. 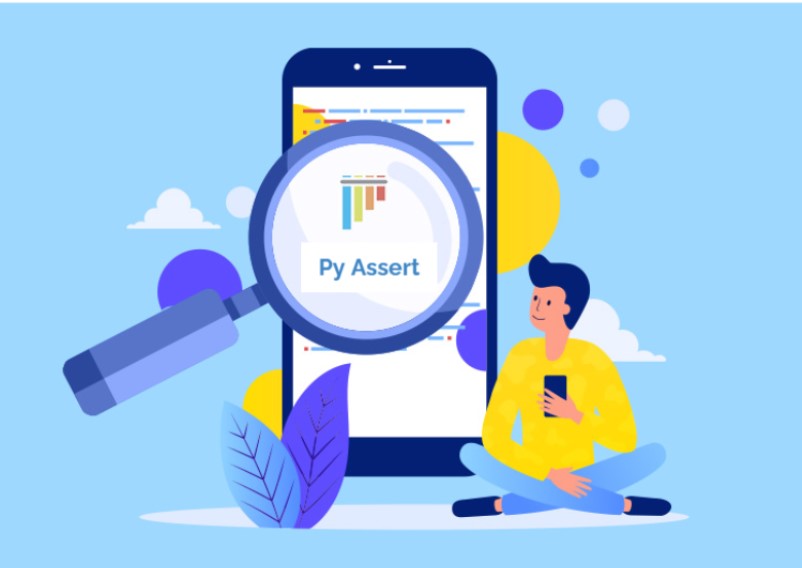 In python, assertions are regarded as boolean expressions that are primarily employed to check whether the conditions specified in the program return true or not. If the value returned is true, then the program concerns itself with executing the subsequent lines of code. However, if the value returned is false, then the program halts, raises an exception, and throws an error. In that sense, the assert statement can be considered as a debugging tool for it halts the execution of the program as soon as it encounters an error.
The following flowchart is an accurate representation of the working of the assert statement within python.

The syntax for assert in python is stated as follows:

In the event that the assertion provided by the programmer fails to hold true, python makes use of ArgumentExpression as the argument for the exception (AssertionError) that it raises. Like other exceptions, AssertionError can also be handled with the help of the try-except statement. However, if these exceptions are not handled, they will cause the program to terminate and generate a traceback in their wake.

From the syntax stated above, it is clear that there are broadly two kinds of way to make use of the assert statement:

Upon running this code snippet, we will obtain the following output:

Since the length of the list that was passed to the assert statement was zero, the condition became false. As a result, assert aborted the execution of the program and displayed the AssertionError message.

Q. How do you assert in Python 3?
Answer: Assertion in Python 3 is carried out with the help of its built-in assert statement

Q. What is assert statement?
Answer: The python assert statement is used to validate the truthfulness of a particular condition within a program. If the condition provided fails to be satisfied, then an AssertionError exception is raised by the statement.

Q. How do you assert true in python?
Answer: If the condition that is passed on to the function is satisfied, then one is able to assert true in Python.

Share with friends
Previous
Python Statement, Indentation and Comments
Next
Python Program to Convert Decimal to Binary, Octal, and Hexadecimal