Some of the topics are commonly asked in all the competitive exams. One of that common topic is data sufficiency. Data sufficiency consists of different types of questions from number system to profit and loss of arithmetic aptitude and geometry. Any question can be asked in data sufficiency. 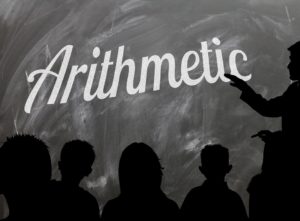 Directions for the questions

Each question given will be followed by two statements.

Examples Based on Age

One thing we can determine that the first two pairs are not possible, because Ajay is 11 years younger than Sanjay. But after that, there are many pairs that can be possible. So, there is not a unique pair that can be determined with the use of the given two statements. Thus, E is the correct option.

Examples Based on Average

1. What is a student’s overall average in the 4 subjects?

Statement I: The weight of the subjects is as follows: English 4, maths 3, physics 3, and chemistry 1.
Statement II: The student receives 90 in English, 84 in maths, 75 in physics, and 76 in chemistry.

In order to find the average, you need to find the total marks in all the subjects and divide it by the total number of subjects. We will start solving the question by using statements individually. Let’s start with the first statement. In the first statement, the weight of the individual subjects is given to us. Each subject has an individual weight but in order to find the average, we all need the actual marks of the subjects. Thus, the statement I is not enough to answer the question.

In statement II the marks of the individual subjects of the students are given to us. But once again you cannot find the average without the wieghtage of each individual subjects. Thus statement II is also insufficient to determine the answer. Now we will combine both the statements and see whether the required answer can be obtained or not. In the statement, I individual weight of the subjects is given, so the total of the weight age will be 11. We will put this in the denominator. And from statement II we can find the total marks of all the subjects.

2. What will be the average speed of the two cars?

Statement I: One car completes 60 kilometers.
Statement II: The other car travels 4 km in one hour.

Ans: The correct answer is A.

3. In a school, there were 82 students who attend class A or class B or both. How many students attend each class?

4. Who is the youngest among Rahul, Ramesh, Suresh, and Ajay?

Statement I: Rahul is elder to Ramesh.
Statement II: Suresh and Ramesh are younger than Ajay.

5. The first term of the sequence is 8. What will be the tenth term?