Here we will try and get acquainted with the several types of problems that a candidate is expected to come across while appearing for many graduate levels banking exams like IBPS PO, SBI PO, and other relevant exams. There are several rules or methods that can be used to group words together and thus there are several types of questions that can be asked in the Odd Words category. Here we will mainly focus on those types of categories that are relevant with respect to the reasoning ability tests. Let us see our first example:

Answer: They are all weapons. Try and think of a difference that they have. What can be done with an axe or a dagger that can’t be done with the others? Well, an arrow can be used from a distance. The rest of the weapons are short range. They must be used very close to the target. Thus the arrow has a remarkable difference from the others and hence is the odd word out.

Answer: If you think linearly, you will find this example rather difficult. The sole purpose is to identify a contrasting property. It could be anything. It could be the number of letters, the pronunciation, or any property of the words etc. In the above example, all the options seem to be related. The first three rhyme so they form a set. As opposed to the bird which doesn’t rhyme and is thus the odd word out. 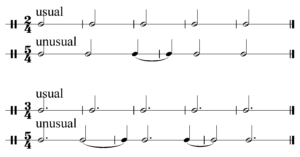 In the above section, we saw words could be arranged on the basis of certain properties. But what if the words don’t mean anything? What if they are just a collection of letters? That is actually easier as it takes a lot of rules off the table. You no longer have to worry about the meaning or the use or even the way the words are pronounced, rather you can just focus on the patterns. Let us see this with the help of an example:

Example 3: Try to find the odd one out:

Answer: The rule here is that the first two letters have a gap of one letter between them e.g. Z and X have one letter between them and so does A and C and Q and O and so on. Now let us check the second and the third letters of the same rule. We find that the second and the third letter in all the words have two letter gap in between them. Similarly the third and the fourth letter have a three letter gap in between. This is true for all the options! But the first three options follow the rule in reverse order. The last option follows the natural flow of the English alphabet. Therefore, the odd word out here is ACFJ.

Be very careful with the group and classify objects. Don’t create a rule. For example consider the following words: Gold, ornaments, and silver. What is the relation? Well, you might argue that ornaments are made up of gold and silver and thus the three are related. But that is not true. Ornaments may be made from any material which is different than gold and silver. The relation here is that gold and silver are metals and ornaments may or may not be metallic. So if you have to pick an odd word from the three, you should pick ornaments.

Example 4: Select the odd word from the following:

Answer: This example clearly highlights the defects of overthinking or making a relationship where there is none. What have you guessed? Is it flower or fruits? It is none of these two. In fact, the answer to this is C) Pine tree. An apple tree grows flowers which then turn to fruits (apples). However, a pine tree is a gymnosperm and doesn’t bear flowers. Hence the odd one out here is C) Pine tree.

Q 1: Select the odd word from the group:

Q 3: Select the odd word from the group below: