Odd numbers sections will test your ability to identify patterns and make decisions on the basis of the selection. In most of the competitive exams that check reasoning ability, time plays a great role. Many times, the candidate will be able to answer the question but will find himself confused and always short of time. The reason is lack of planning and a low confidence. As you read these articles, you will see that every question can be solved following a strategy. For the questions based on finding the odd numbers from a given set of numbers, a few rules are sometimes followed. For example, of the given set of numbers, all but one may be divisible by 5 or 9 or 8, your task will be to find the odd one that is not.

Odd Numbers and the Divisibility Test

There are a few divisibility tests that you can use to guess correctly whether a number is divisible by a given number or not. You have read them in the lower classes, here we will recap them again.

The divisibility tests for 8, 9 and 10 are rather simple. If the last three digits of a given number are divisible by 8, then the number is divisible by 8. For example 7040, 87640 etc. are divisible by 8. Also, any number that has 0 in its units place is divisible by 10, otherwise not. The rule for 7 is a bit complicated and it is advised to use the division rather than the divisibility test. They both take the same time. These are some methods that could save you a few minutes in the exam hall. As we discussed in the earlier articles, you could also memorize the squares and cubes of a few numbers. These tricks will save you a lot of time in the exam hall. However, even if the exam is such that an onscreen calculator is provided to the student, it will take you multiple iterations to ascertain the divisibility of a certain quantity, Hence, it is better to memorize the above details. 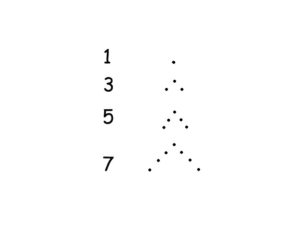 Let us begin with a straightforward set of numbers. In the following numbers, pick the odd one out:

Answer: 17 is a “famous” prime number. A prime number is a number that can be only divided by 1 and itself in a  way that leaves no remainder. So that is your cue. Check if there are more primes. Well, of course, there are, 23 and 13 are also prime numbers. What about 63? It is divisible by 7 and 9 and so on and thus is a non-prime. Hence the odd number in the above question is A) 63.

Let us see another example. Pick the odd number out of the following group of numbers:

Answer: Check the above table for the divisibility test of 4. You shall easily see that as 1728 has 28 as the last two digits, it is divisible by 4. Similarly, others including 4448 and 6904 are divisible by 4. Now the last number 2022 is not divisible by 4 and hence is the odd one out.

The questions based on divisibility test do often fair in many exams, For example, consider the following question:

Select the one which is different from the other three alternatives. [SSC Graduate Level Exam 2014]

Answer: As you can see every number except the last one is divisible by 2. Hence the odd one out, here would be D) 125.

Sometimes you are given a pair of numbers and are asked to find out the odd pair instead of a group of numbers. Let us see such an example below:

Question: Select the one which is different from the other three alternatives. [SSC Graduate Level Exam 2014]

Q 1: Select the one which is different from the other three alternatives. [SSC Graduate Level Exam 2014]

Q 2: Select the one which is different from the other three alternatives. [SSC Graduate Level Exam 2014]

Q 3: Select the one which is different from the other three alternatives. [SSC Graduate Level Exam 2013]