When its freezing cold, we wear sweaters or jackets made of wool. These are clothes that keep us warm. But why do we prefer wool over cotton or any other fabric for that matter? Where does it come from? What’s so special about it? Let us scroll down to find out more on wool. 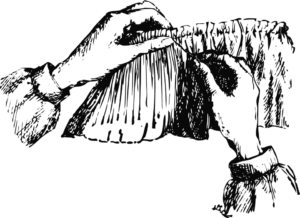 Long strands of molecules interwoven to form a linear, string-like structure are known as ‘Fibres‘. Fibres are natural or man-made such as cotton, silk, jute, etc. Fibres were discovered when early people realized the need to cover and protect their own hair and skin from the weather. Since early people would live in cold climate they hunted animals with skins (fur and food) that kept them warm. When used continuously this skin becomes harder and made it hard for the early men to hunt and hence later they started to treat this skin to maintain its softness. In a much later time, they started using the bones of animals as needle and nerves as the thread to stitch. And now decades later we finally know how to grow our own fibres and make clothes out of them.

Classification of Animal Fibres into Wool and Silk All animal fibres are natural fibres that are procured from natural sources like animals and plants. Wool is the soft, curly fibres obtained from the fleece of sheep, goat, and yak etc. Silk comes from the cocoon which is then spun into silk threads.

These animals bear two types of hair – coarse hair and fine hair. Fine soft hair is found close to the skins of these animals. The fine soft under the layer of their thick hair is called ‘fleece’. 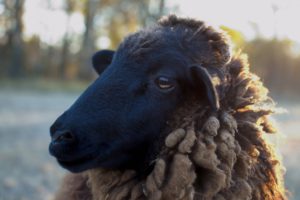 The most common animal known for bearing wool is the sheep. There are three major types when it comes to wool production are fine wool, medium, and coarse wool. Fine wool is commonly used in clothing production and produces the smallest micron of wool.  And coarser wool is frequently used in making wool yarn by hand-knitters. Sheep breeds found in India depends on the geographical locations. A few popular sheep breeds in India are Deccani Sheep, Mandya Sheep, Nellore Sheep, Marwari  Sheep, Coimbatore Sheep, Trichy black Sheep, Vembur Sheep etc. Cashmere Goats
Goats mostly produce Mohair and cashmere. Mohair, known for its shine and is frequently used in clothing, shawls and fine yarn comes from the Angora goat. Cashmere, considered one of the most luxurious types of wool comes from the Cashmere goat. 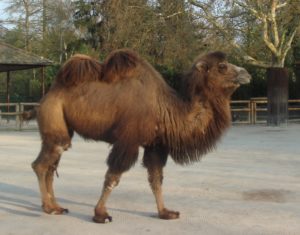 Not many know that camels, native to Rajasthan in India, North Africa, the Middle East also bear wool. A camel can produce up to 10 kgs of it every year and they are typically sheared once a year. Many fine textiles including scarves, gloves, and jackets use camel wool.

Conversion of Fibre to Wool

Given below is the step by step procedure for obtaining wool from sheep and other wool-bearing animals:

A machine is used to cut off the fleece (hair) of sheep along with the thick layer of skin. This process is similar to the shaving of beards or hair. This is called ‘shearing’.

Shearing usually happens in summer so that sheep can grow new hair by winter for protection against the cold.

To remove dirt and grease fleece, after shearing is washed properly. This washing of fleece; after shearing; is called as ‘scouring’.

After scouring is over,‘sorting’ occurs, wherein the fleece is sorted according to the texture.

Fluffy fibres; called burr; after sorting are picked out from hair. Burr is the fibre that gives wool.

These fibres are then dyed in desired colors after sorting and picking out of burrs.

The fibres are then straightened, combed and rolled into yarns which are called as ‘spinning’. This yarn is the ‘woolen fabric’.

Q. The correct order in the processing of wool is: