Table of content
1 Suggested Videos
2 Slow or Fast Motion
2.1 Browse more Topics under Motion And Time
3 What is Speed?
3.1 Unit of Speed
4 Solved Examples For You

We already know that a moving object shows three kinds of motion, the rectilinear motion, the circular motion and the periodic motion. But how do we know whether the motion is slow or fast? This we decide by seeing the speed with which an object moves. Now, what is speed? A very common word for movement, speed designates the rate of change in position. Before discussing speed lets discuss the varying levels of motion. 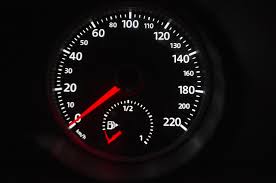 You might have seen bullock carts, cars, scooters, and bicycles moving. How do you tell which one shows slow motion and which one shows fast motion? The answer here is simple, you compare them and their change in positions with regard to time. When all of these vehicles move in the same direction, we accurately know which one is moving faster. 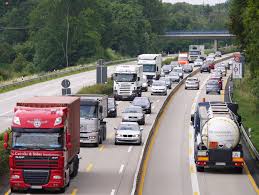 Activity for You: Observe the three vehicles bicycle, scooter and bullock cart for 30 minutes. Note which one reaches an envisioned point in 30 minutes. From the above activity, we come to know that the range of motion is signified by its changing position for a set interval of time.  In simple words, the distance covered by an object in a fixed interval of time helps you know whether the object is moving fast or slow. The object that shows fast motion is said to have a higher speed while the one with slow motion is said to have a slow speed.

“Speed” is the most common word, but do you understand the word actually. We know that speed has something to do with distance covered and time, but what actually is the relation? An object is said to have a fast speed if it covers a larger distance in a shorter time. So if you have to calculate speeds of two cycles, then the one reaching the finishing point in less time has a higher speed. So, Speed is defined as the distance covered by an object a given unit of time. When we say that train is moving at a speed of 280 kilometres per hour, we mean to say that the train is covering 280 kilometres distance in one hour.

For vehicles like cars where speed is not constant, we only calculate its speed by calculating the distance to time ratio. For vehicles which do not show constant speed, we use the term Average speed. Here we calculate the speed by taking the average of distance covered in a given interval of time.

From the definition of speed, it is clear that it is the distance travelled in a given time. The unit therefore for speed shall be metre/second (m/s) or km/hour(km/hr).

Solution: a) 8.57 hours. We use the formula speed = distance covered/time