Time waits for none right! But how do you know that? The change in time is illustrated only by a watch or other measuring devices. A ticking watch measures the change in time but have you ever thought how it was measured before the invention of the watch? Let’s sneak peek into its measurement.

Table of content
1 Suggested Videos
2 History of Time Measurement
2.1 Ancient clocks
2.2 Clocks as Time Tellers
3 What is a Simple Pendulum?
4 Units of Time
5 Sample Questions For You

Clock today is the basis for measuring the change in time. But have you ever wondered, before the invention of watch or clock, how was it measured? How did people then, know what time of day or night is it? How did they know that the month is about to end? Or how did they know the year was coming to an end. The answer to these questions lies in the very events that repeated regularly. 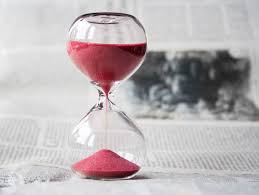 The answer to these questions seem complex for us, but for our elders, these were easy to calculate. Shadows played an eminent role in acknowledging the time of day while the regular lunar moments signified the change in the month. As we all know that the moon has different phases which change every day.

Apart from the general ways of predicting time through repetitive events, our ancestors also built edifices that measured passing moments. These were famously called as Sundials. The sundials had points engraved in them which would calculate the day timings with the movement of sun and moon. Other objects like water clocks and sand clocks were also famous ways of measuring it. Thes devices could be found in abundant designs and were magnificently accurate for measuring moments. 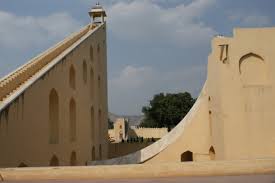 What is a Simple Pendulum?

A simple pendulum is a piece of stone or a small metallic ball suspended by a thread or string from a rigid stand. This metallic ball or stone is called the pendulum’s bob. A simple pendulum shows oscillatory motion. When the bob is stretched to the outside and left freely it shows a periodic movement, this periodic movement is called oscillation. One oscillation is the to and fro movement of the bob from its mean position. 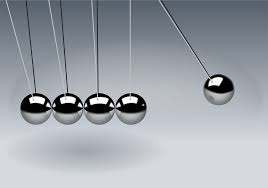 The figure below shows a simple pendulum: 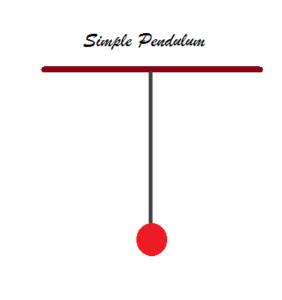 While learning the oscillatory movement of simple pendulum we need to consider the changing positions of the bob. 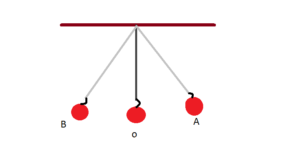 O in the figure above is the mean position while A and B are the extreme positions of the bob. When the bob starts from O, moves to A and then to B and rests at O then this complete movement of the bob from O is its 1 oscillation. The distance from O to A is the amplitude of oscillation. Amplitude may be thought of as the maximum separation or distance up to which the bob travels.

Nowadays a much improved and innovative system of measuring time is used in watches. These watches run with cells and are called quartz watches. The quartz watches measure time more accurately as compared to pendulum watches.

The basic unit of time is second. It is designated by the symbol ‘s’. The larger units of time are a minute (min) and Hours (hrs). These units are connected as follows:

The watches generally show seconds as the smallest unit. With the innovative technologies used in watches, today can measure units smaller than the second. These units are called millisecond and microsecond. These kinds of watches are used by sportsmen and athletes. While writing units we must always remember that a unit of any measurement is written in singular form.

From the simple phenomenon of repeating events to simple pendulums and the quartz watches, measuring time has come a long way. This shows that measuring it accurately, has been one of the prime concerns of human beings. The everchanging world of clocks and watches that intend to measure it beyond human imagination has given birth to a better technology of measuring the same.

Sample Questions For You

Q: What is the time taken by a pendulum to complete one oscillation called?

Solution: A) As we discussed in the motion of a simple pendulum, the maximum displacement of the bob from its mean position is its amplitude.