Everybody hates capsicum, right? So what do we do when our mother mixes capsicum with other vegetables to get us to eat it? That’s right, we separate it out. Every day we see instances where one substance is separated from the other. Let’s discuss the different separation techniques.

Have you ever seen your mother picking out impurities by hand from rice grains? These separation techniques in which substances in a mixture can be separated by just picking them out by hand is called Handpicking. This method can be used to separate slightly larger pieces of dirt, stones and husk from the grains because the quantity of such impurities is usually not very large. Suppose in a bowl, there are two kinds of fruits. Then you can easily separate one from the other. But what if the size of the components in a mixture is much smaller. The separation techniques of threshing are useful for such smaller components.

A farmer uses the method of threshing to separate grain from the stalks. The stalks are beaten to separate the grain seeds. Bullocks or machines may be useful for threshing. 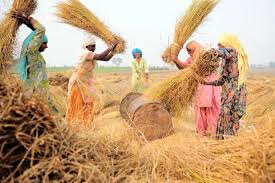 Winnowing is used to separate lighter components of the mixture from heavier components by the wind. These separation techniques are commonly used by farmers to separate lighter husk particles from the heavier seeds.The lighter particles are carried away by the wind. The heavier seeds form a heap near the platform of winnowing. We can use either natural wind or blow air while winnowing. 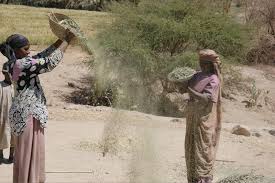 You might have seen your mother use a sieve to separate impurities and bran from flour before using it. The separation techniques of sieving are mainly used in a flour mill to separate impurities from wheat before grinding it. Sieving removes impurities like stones, stalk, and husk that still remain after threshing and winnowing. The sieve only removes particles of impurities that are larger than the pores in the sieve. Therefore, we can design the sieve according to our need. 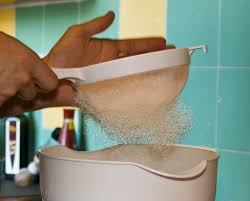 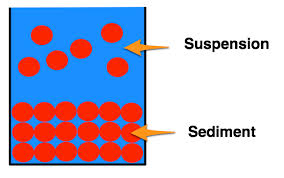 Evaporation is the process of conversion of water into its vapour state. These separation techniques are useful for obtaining salt from seawater. Let’s perform an activity. When you go to the beach on a sunny day next time, take some seawater in a bowl and keep it aside till you spend some time enjoying. When you come back, you will observe that there is actual salt in the bowl. But where did the salt come from and where did the water go? That is because seawater contains salt and the water evaporates as it heats up.

Condensation is the conversion of water vapour into its liquid state. Have you seen water droplets on the outside of a cold bottle? This is an example of condensation. The temperature inside the bottle is very low as compared to outside. When water vapour comes in contact with the surface of the bottle, it condenses, that is, convert into liquid water and forms droplets on the surface. 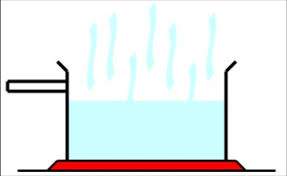 We can use more than one method to separate the same two substances. We can use both winnowing and handpicking to separate the husk from grains. But using both will remove all impurities. Therefore, all separation techniques are useful to the farmers.

Q: The method used to separate seeds of paddy from its stalks is________

Solution: b) The farmers use threshing as their separation techniques to separate seeds of grains from their stalks. They beat the stalks on the ground which separates the seeds from the stalks.

When Wood burn what would happened in our discussed

Guest
Rey was the day

It will turn to ashes and smoke

the process of seperation cotton from cotton seeds